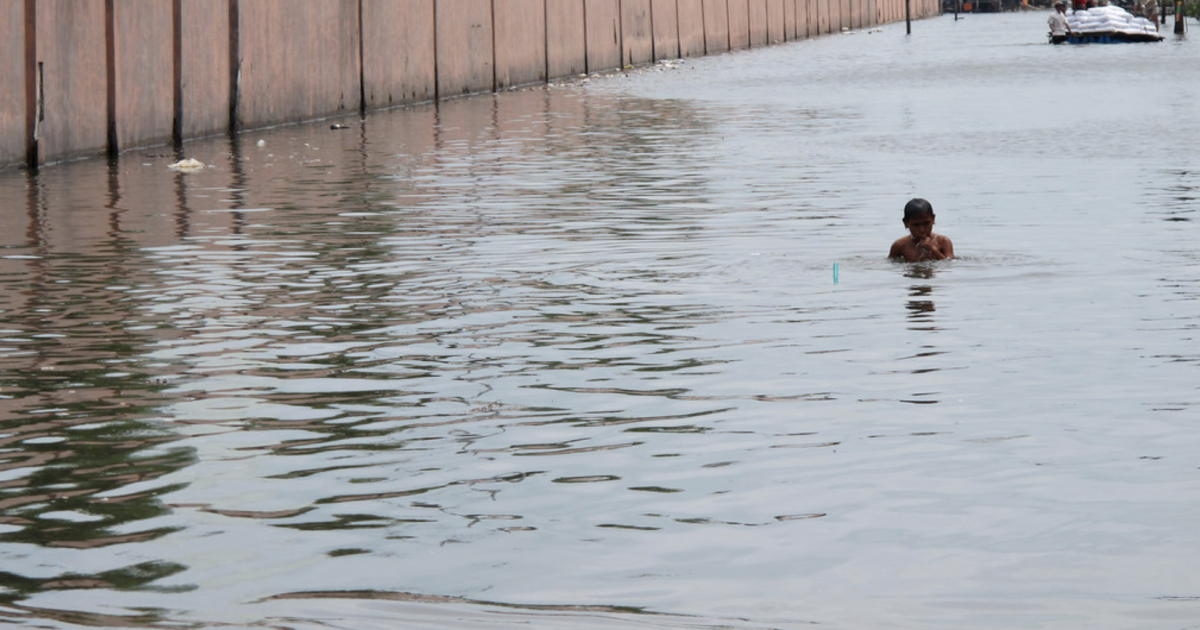 A disaster related to a weather, climate or water hazard occurred every day on average over the past 50 years – killing 115 people and causing US$ 202 million in losses daily, according to a comprehensive new report from the World Meteorological Organization (WMO).

The number of disasters has increased by a factor of five over the 50-year period, driven by climate change, more extreme weather and improved reporting. But, thanks to improved early warnings and disaster management, the number of deaths decreased almost three-fold.

According to the WMO Atlas of Mortality and Economic Losses from Weather, Climate and Water Extremes (1970 – 2019), there were more than 11 000 reported disasters attributed to these hazards globally, with just over 2 million deaths and US$ 3.64 trillion in losses.

The report is the most comprehensive review of mortality and economic losses from weather, water and climate extremes to date. It assesses the entire 50-year period as well as by individual decade.

More than 91% of these deaths occurred in developing countries (using the United Nations Country Classification).

During the 50-year period, US$ 202 million dollars in damage occurred on average every day. Economic losses have increased sevenfold from the 1970s to the 2010s. The reported losses from 2010–2019 (US$ 383 million per day on average over the decade) were seven times the amount reported from 1970–1979 (US$ 49 million). Storms were the most prevalent cause of damage, resulting in the largest economic losses around the globe. It is the sole hazard for which the attributed portion is continually increasing.

“The number of weather, climate and water extremes are increasing and will become more frequent and severe in many parts of the world as a result of climate change,” says WMO Secretary-General Prof. Petteri Taalas.

“That means more heatwaves, drought and forest fires such as those we have observed recently in Europe and North America. We have more water vapor in the atmosphere, which is exacerbating extreme rainfall and deadly flooding. The warming of the oceans has affected the frequency and area of existence of the most intense tropical storms,” he comments.

“Economic losses are mounting as exposure increases. But, behind the stark statistics, lies a message of hope. Improved multi-hazard early warning systems have led to a significant reduction in mortality. Quite simply, we are better than ever before at saving lives,” according to Prof. Taalas.

But much more remains to be done. Only half of the 193 members of WMO have multi-hazard early warning systems and there are severe gaps in weather and hydrological observing networks in Africa, some parts of Latin America and in Pacific and Caribbean island states.

WMO is strengthening collaboration with its partners to address risks associated with weather, climate and water extremes. The UN Office for Disaster Risk Reduction, which moves into WMO headquarters in Geneva on 1 September, and the World Health Organization contributed to the WMO Atlas.

“More lives are being saved thanks to early warning systems but it is also true that the number of people exposed to disaster risk is increasing due tåo population growth in hazard-exposed areas and the growing intensity and frequency of weather events.  More international cooperation is needed to tackle the chronic problem of huge numbers of people being displaced each year by floods, storms and drought. We need greater investment in comprehensive disaster risk management ensuring that climate change adaptation is integrated in national and local disaster risk reduction strategies,” said Mami Mizutori, Special Representative of the Secretary-General for Disaster Risk Reduction and Head of UNDRR.

“The overlap of the COVID-19 pandemic with many other natural and manmade hazards, especially extreme weather events during the last 18 months demonstrates the need for greater investment in disaster risk reduction and a multi-hazard approach to disaster risk management and early warning systems to reduce risks and strengthen preparedness for multiple disaster scenarios,” she said.

To highlight impacts of specific weather, climate and water hazards, the report disaggregates the data to the disaster subtype and sub-subtype and provides a regional breakdown. This is intended to inform policy development and decision-making to protect lives and livelihoods and to strengthen  standards in loss accounting and related disaster databases.

Statistics in the WMO Atlas are from the Emergency Events Database (EM-DAT) maintained by the Centre for Research on the Epidemiology of Disasters (CRED). There is also recognition of other disaster reporting systems and mechanisms such as UNDRR and WHO. The Atlas calls for strengthening of disaster reporting and related statistics to ensure hazard impact data is reported accurately and consistently.

The report reveals key lessons learned during the past 50 years and makes a number of recommendations, including:

According to peer-reviewed studies in the annual supplement to the Bulletin of the American Meteorological Society, over the period 2015 to 2017, 62 of the 77 events reported show a significant human influence. Almost every study of significant heatwaves since 2015 has found that probability has been significantly increased by anthropogenic climate change.

The attribution of drought events to anthropogenic factors is not as clear as for heatwaves because of natural variability caused by large oceanic and atmospheric oscillations such as the El Niño Southern Oscillation. However, the 2016/2017 East African drought was strongly influenced by warm sea-surface temperatures in the western Indian Ocean to which human influence contributed.

Climate change has increased extreme sea level events associated with some tropical cyclones, which have increased the intensity of other extreme events such as flooding and associated impacts. This has increased the vulnerability of low-lying megacities, deltas, coasts and islands in many parts of the world.

An increasing number of studies are also finding human influence on extreme rainfall events, sometimes in conjunction with other major climate influences such as ENSO. Examples include the extreme rainfall in eastern China in June and July 2016 and Hurricane Harvey, which hit Houston, USA, in 2017.

“The failure to reduce disaster losses as set out in the Sendai Framework for Disaster Risk Reduction adopted by UN Member States in 2015 is putting at risk the ability of developing countries to eradicate poverty and to achieve other important Sustainable Development Goals,” said Ms. Mizutori.

The Sendai Framework incorporates early warnings into one of its seven global targets: “Substantially increase the availability and access to multi-hazard early warning systems and disaster risk information and assessments to people by 2030.”

Distribution of disasters and impacts by hazard

Tropical cyclones and droughts were the most prevalent hazards with respect to human losses, accounting for 38% and 34% of disaster related deaths from 1970 to 2019, respectively. In terms of economic losses, 38% were associated with tropical cyclones, while different types of floods account for 31%, riverine floods (20%), general floods (8%) and flash floods (3%). 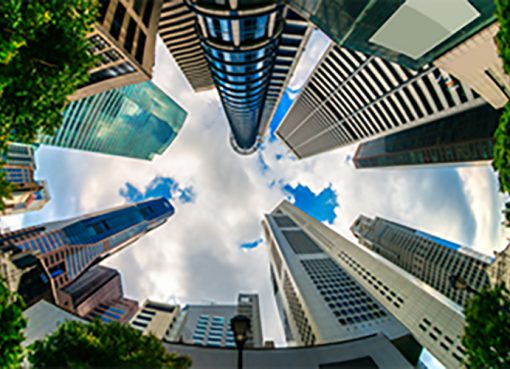 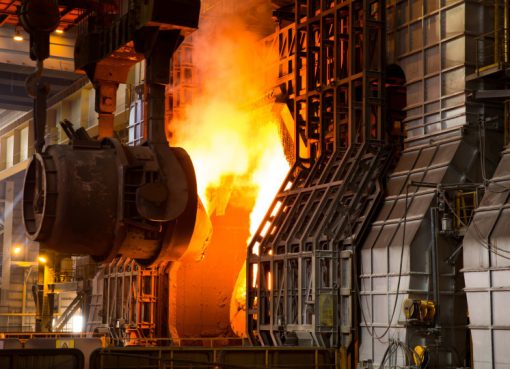 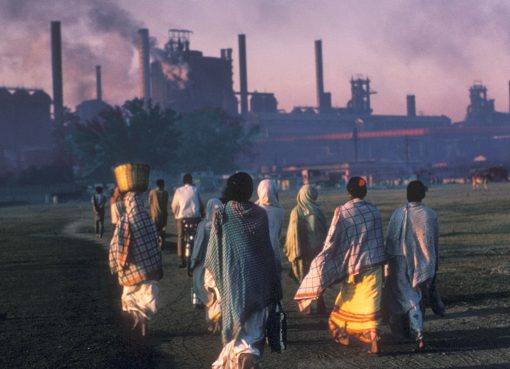