The city of Mariana, Brazil, and the town of Panguna in the autonomous province of Bougainville in Papua New Guinea, occupy two diametrically opposed parts of the world, separated by more than 10,000 miles.

They have distinct historical differences, dating several centuries ago, but in a very unique way they share a common story and destiny: that of the adverse effects of a well-intentioned exploitation of natural resources gone awry.

While few inhabitants of both urban centres may have interacted with each other, they have a common story to tell about the disastrous, and often unintended, consequences of natural resource extraction.

Both settlements experienced the worst mining disasters in their respective countries and highlighted the need for integration of local communities in the planning and execution of extraction of natural resources.

While few inhabitants of both urban centres may have interacted with each other, they have a common story to tell about the disastrous, and often unintended, consequences of natural resource extraction.

In Panguna, the discovery of copper deposits in 1969 heralded the establishment of what was then the world’s largest open-pit copper mine, which began production in 1972. However, and unbeknownst to many locals at the time, a dispute over revenue-sharing and mine waste management between the local community and mine-operators, would lead to a protracted armed conflict which cost nearly 20,000 lives.

Despite the official end of the conflict in 2001, Panguna is still grappling with the disastrous effects of the mining.

“Even though the mines and logging on our island produced hundreds of millions of dollars in profit the island didn’t become prosperous. Less than one per cent of the profits of the mine went to local communities. The mine had an enormous impact on our capacity to produce food and access safe water,” said Helen Hakena, the director, of the Leitana Nehan Women’s Development Agency, in Bougainville, during a side event at the Third UN Environment Assembly on 4 December.

“The mine polluted our water and redirected our economy,” she said.

“Even now much of the population is exposed to mercury used by artisanal miners, including pregnant women, who access the gold. We have a high rate of birth complications and deformities as result,” Hakena added.

Similarly, in 2015 Brazil experienced its worst mining disaster when two dams, owned by the Samarco mining company, collapsed and spewed forth their iron-ore mine waste into nearby rivers including the Rio Doce – an important river basin in southeast Brazil.

“Even now much of the population is exposed to mercury used by artisanal miners, including pregnant women, who access the gold. We have a high rate of birth complications and deformities as result.”

The incident affected communities along the approximately 650 km course of the river, disrupted livelihoods and necessitated a $250 million clean-up operation by BHP Billiton, which jointly run the Samarco mining operation together with Brazil’s Vale mining company.

Inhabitants of both Mariana and Panguna, and numerous other mining communities around the world, are likely to benefit from a UN Environment Assembly resolution aimed at curbing pollution.

The resolution, which was passed on 6 December, urges governments, and corporations, to work closely with local communities to ensure pollution is addressed.

The resolution aims at strengthening efforts to integrate conservation and sustainable use of biodiversity in various sectors such as agriculture, fisheries and aquaculture, tourism, mining and energy, infrastructure and manufacturing among others. It also points to the need to prevent and reduce pollution from these sectors.

“A new paradigm needs to be promoted: people and planet over profits. It is crucial to have responsible mining and sourcing of metals. There is need for a convergence of ethics and views among governments, business and society as well as the reform of production systems and practices that currently benefit only a few so that they can benefit many people,” said Ligia Noronha the Director of UN Environment’s Economy Division.

David Granger, President of the South American nation of Guyana, echoed that message in his statement to those assembled for the side event:

“The world’s natural resources are the patrimony of humanity,” Granger said.

“People therefore, must be at the heart of the development of our natural resources. In the final analysis people must come before profits. The pursuit of profits has been accompanied over the past century by an exponential increase in extractive industries. This expansion, however, has aggravated environmental damage which can have a long lasting and harmful negative impact on human dignity and well-being.

“The world’s natural resources are the patrimony of humanity… In the final analysis people must come before profits.”

The event coincided with the release of a report on mine tailings dam failures. The publication, Mine Tailings Storage: Safety is No Accident, was jointly produced by UN Environment and GRID-Arendal.

It highlights six case studies of mine tailings dam failures dating back to 1985 and recommends the establishment of a UN Environment stakeholder forum to facilitate international regulation of dams.

Among the most recent major incidents highlighted include the Mount Polley, western Canada, when a mine storage facility failed in August 2014 and 25 million cubic metres of waste water contaminated Lake Polley.

It also assessed the impact of the 2015 Samarco incident in south-east Brazil when approximately 33 million cubic metres of mine waste travelled 650 km to the Atlantic coast and disrupted water supplies for hundreds of thousands of people.

The side event was attended by delegates from communities that have been affected by mine waste pollution. They talked about some of the adverse, long-lasting and negative effects on their water, land and lives. Representatives of the private sector were also in attendance.

John Atherton, a director at the International Council on Mining and Metals, said electrification of the mining industry holds “great promise” of cleaner extraction and called for “shared responsibility” in ensuring the reduction of pollution.

To view the original article from UN Environment, please click on the following link: https://www.unenvironment.org/news-and-stories/story/un-environment-assembly-moves-curb-pollution-extractive-industries 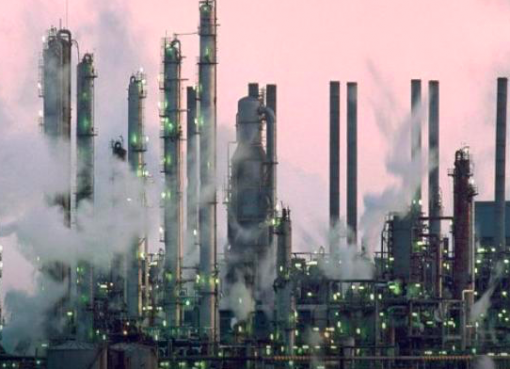