UN Climate Change has launched a Russian language version of its website and social media channels as part of its efforts to expand the geographical reach of communications on climate change and respond to the rising demand for information.

The UN Climate Change website already provides information on the UNFCCC negotiations, climate action engagements, meetings, conferences and all related documents and resources, along with key climate change news, in English, Spanish and French, and reaches over 13 million people a year.

Around 240 million people are estimated to speak the Russian language, within and beyond the Russian Federation.

“Climate change remains one of the key challenges of modern society. Since the development of the Convention and later on, accepting the Kyoto Protocol and the Paris Agreement, Russia has been actively engaged in the efforts of the international community in this direction. We now have an opportunity not only to share the long-term results with tens of millions of Russian-speaking users around the world, but also to involve experts, journalists, representatives of international organizations and common people, especially youth, in climate change action on a regular basis.”

“Since the adoption of the Paris Agreement in 2015, there has been increasing global interest in addressing climate change as well as in the developing climate regime towards meaningful climate actions at all levels and by everyone. We are deeply grateful to the Russian government for its valuable support, without which the establishment of a Russian language version of the website would not have been possible,” the Deputy Executive Secretary of UN Climate Change, Ovais Sarmad, said.

As with English, Spanish and French, the Russian language version of the UNFCCC website is complemented with associated social media channels. These channels are Twitter, Facebook and the Russian social media platform VK.

All four language versions of the website can be found here.

Slava Fetisov, legendary Russian hockey player and UN Environment Patron for Polar Regions, said on the occasion of the launch of the Russian-language website: “By pulling together, we can tackle COVID-19, and the other great global challenge of our time, climate change.” See the video here. 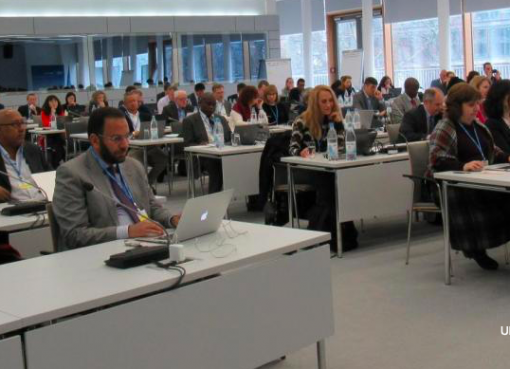