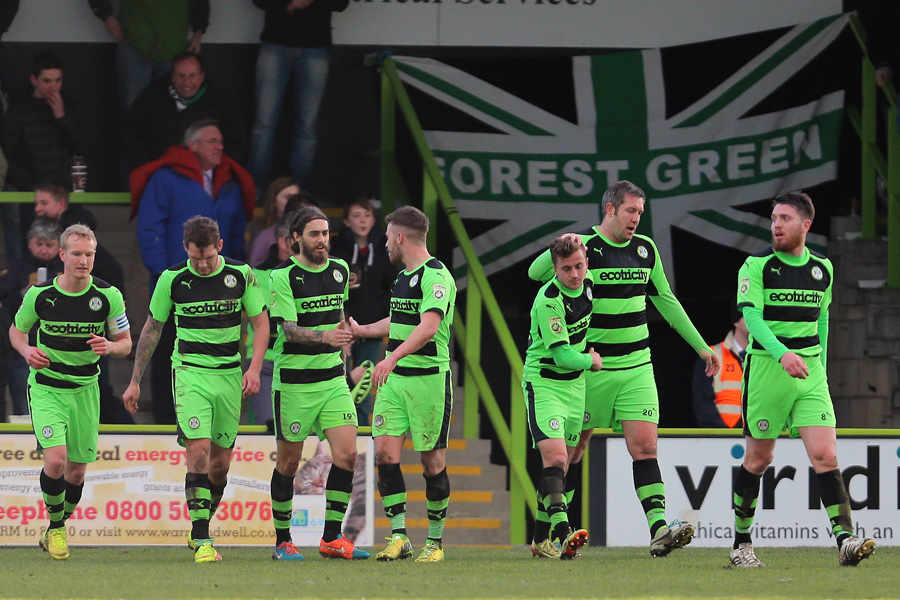 Sports and leisure activities around the world have a major role to play to reduce climate impacts and limit the average global temperature rise to as close as possible to 1.5 degrees above pre-industrial levels, in line with the goals of the Paris Agreement.

“This commitment is part of a growing movement where all of civil society, including the world of sports, has begun to act on climate change,“ said Miguel Alejandro Naranjo Gonzalez of UN Climate Change, who works with on Climate Neutral Now initiatve.

Sports and leisure activities often have high carbon footprints, for example from the travel of large numbers of peoples to key events. Such events need to involve offsetting, sustainable catering and energy from renewable sources to be climate-friendly.

“The fact that Forest Green Rovers as a relatively small club has joined the Climate Neutral Now initiative demonstrates that everyone can score goals for climate action. Such action requires first and foremost a commitment to sustainable life styles, and not necessarily a big budget.”, said Mr. Naranjo.

Athletic organizations inspire and delight citizens all over the world, and as such can greatly increase awareness and promote additional climate action from everyday citizens.

“We’re finding that the combination of a football club and the environment is really something special,” said Forest Green Rovers Chairman Dale Vince in an interview with UN Climate Change.

“The work we do has resonated with a global audience, people who have an interest in the environment and have become fans of FGR because we stand up for these issues, or football fans that have just never seen a club take a stance like this before, and get it. It’s a new combination that’s getting traction everywhere.”, added Mr. Vince.

The club has proven with their diet, energy consumption, water usage, and transportation methods that their sustainability and climate ambition, in day-to-day operations, can be replicated at any level.

After switching to a plant based diet, for all players, fans, staff, to mitigate the environmental impacts of meat consumption, Forest Green Rovers is the world’s only vegan football club and has been described by FIFA as “The Greenest Football Club in the World”.

Forest Green Rovers takes major steps to be sustainable by being powered by 100% green energy with solar panels, using a solar powered robot to cut the team’s pitch, recycling rainwater from the team’s pitch and stands and including electric vehicle charging facilities at its stadium.

Currently the club is planning to build the “greenest football stadium in the world” which will be an all wooden stadium.

“It’s part of a 50-hectare development we call Eco Park, which is roughly half sports complex and half green-tech business park. The whole development will bring a 16% increase in biodiversity. It shows development done in the right way can be sustainable in every sense.”, said Mr. Vince.

“We always felt that football fans are a passionate group of people. If we could invoke the same kind of passion for environment issues that they feel for their club, we could create some passionate environmentalists and drive change that way,” he added.

For more information on the Forest Green Rovers see here.