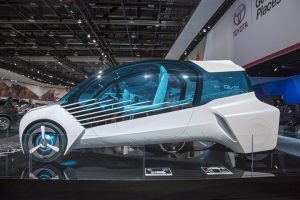 Energy use and greenhouse gas emissions are expected to increase under a ‘business as usual’ scenario by nearly 50 per cent by 2030 and more than 80 per cent by 2050, compared with year-end 2009. This increase in emissions will be primarily caused by a projected surge in the global stock of vehicles. Already in 2009, transport contributed approximately one-quarter of energy-related global greenhouse gas emissions and was responsible for about one-fifth of energy use. Measures that reduce the demand for travel, including compact city planning combined with the large-scale expansion of public transport systems improvements in energy-efficient transportation systems along with the promotion of non-motorised transport, could save Governments, companies and individuals up to $70 trillion by 2050 as less money would need to be invested in vehicles, fuel and transportation infrastructure.