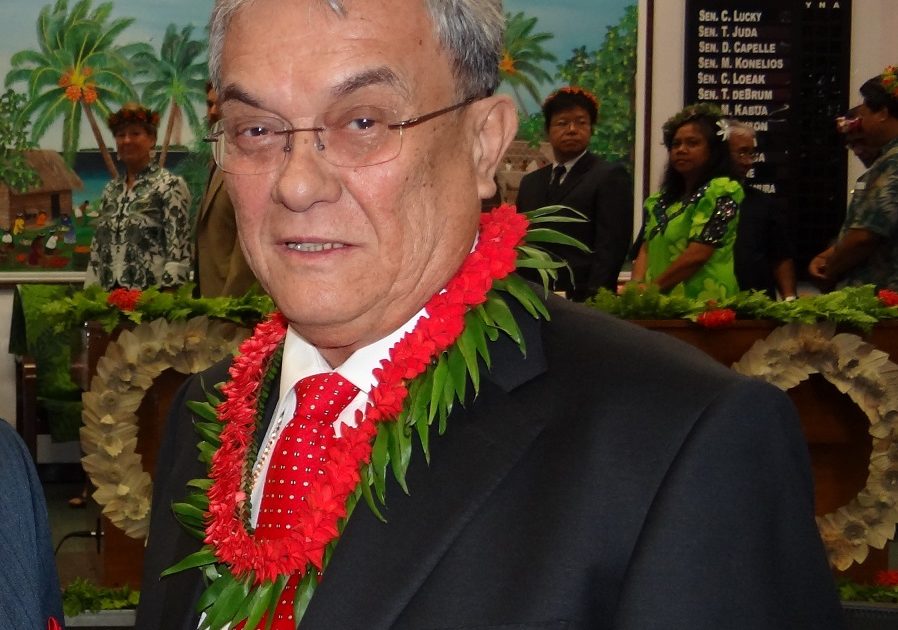 Tony de Brum, the former Marshall Islands foreign minister who became a leading advocate for the landmark Paris Agreement and an internationally recognised voice in the fight against climate change, has died aged 72.

De Brum, who was also the Pacific nation’s climate ambassador, died on Tuesday in the capital Majuro surrounded by his family, according to Marshall IslandsPresident Hilda Heine.

After witnessing nuclear testing in the islands while growing up, de Brum also fought against nuclear weapons and for his nation’s independence.

Heine described him as a national hero.

“The very existence of the Paris Agreement owes a lot to Tony de Brum,” Heine said in a statement. “He was a giant of history, a legend in every meaning of the word, and a custodian of our shared future.”

Although the Marshall Islands, population 70,000, remains one of the places most vulnerable to climate change because it protrudes just 2 meters (6 feet) above sea level, de Brum said in 2015 at the time that he was determined to stay and fight.

De Brum’s own island home of Majuro has slipped beneath the waters. All that remains at low tide is a pile of rocks.

“The thought of evacuation is repulsive to us,” he said. “We think that the more reasonable thing to do is to seek to end this madness, this climate madness, where people think that smaller, vulnerable countries are expendable and therefore they can continue to do business as usual.”

Heine said de Brum was out fishing with his grandfather at age 9 when he witnessed the horrors of “Bravo shot,” a US thermonuclear test at Bikini Atoll.

Born in Tuvalu, de Brum became one of the first Marshallese to attend university and returned home to become a leading participant in negotiations that secured the nation’s compact of free association with the US and membership to the United Nations.

Heine said de Brum remained committed to the cause of nuclear justice and global disarmament, as well as climate change.

During the negotiations for the Paris accord, de Brum helped form the High Ambition Coalition of 100 rich and poor nations and helped secure a global commitment to try to limit Earth’s warming to 1.5 degrees Celsius (2.7 degrees Fahrenheit) compared to pre-industrial times.

The US signed up for the accord under President Barack Obama but President Donald Trump announced in June that the nation would withdraw.

How NAMAs Can Make Projects Bankable