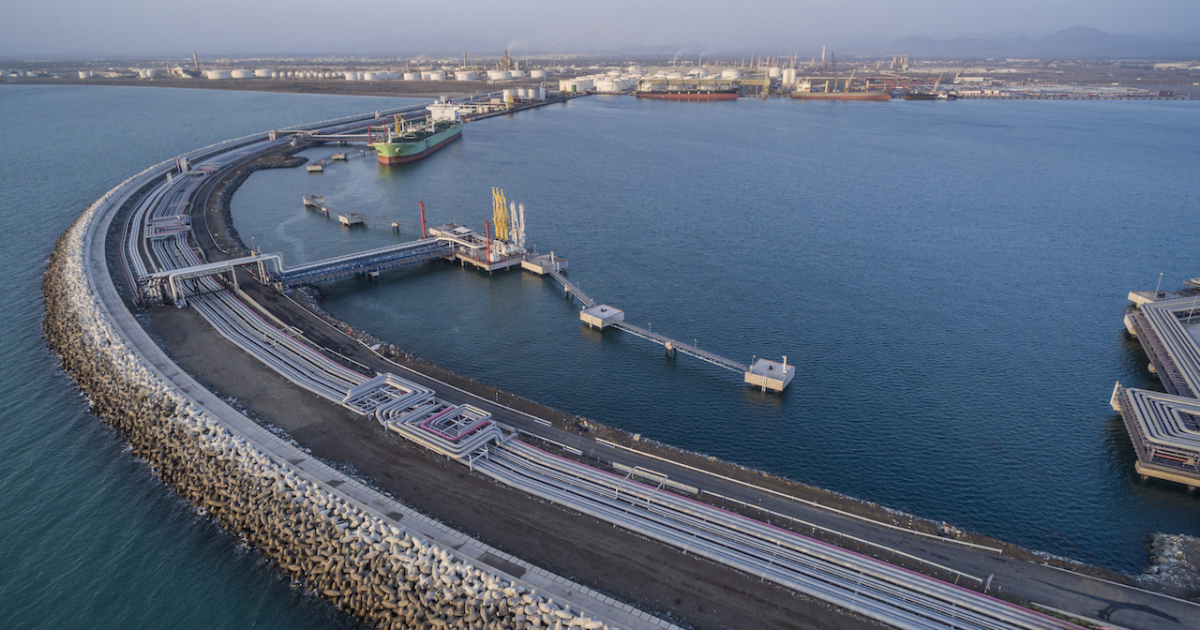 Sohar Port and Freezone: In Harmony with the Ocean

The Sultanate of Oman has always had a very close relationship with water and the sea. On land, the scarcity for water forced its inhabitants do develop complex networks of Falaj water systems to transport the valuable water to its agricultural destinations as efficiently as possible.

On sea, Oman has a long history of being sea travellers and traders from long before Marco Polo and Vasco da Gama arrived in Oman. Making use of the monsoons, the sea became Oman’s motorways, allowing for Omani ships to trade from India down to Zanzibar and as far as Madagascar and China. The current challenges in the Middle East are changing dramatically in the last decades. Oman has been seeing an urban population growth of 9% year on year while 90% of the drinking water originates from desalination plants. Desalination in Oman is an energy intensive process and currently fully reliant on fossil fuels. Currently up to 10% of the electricity produced in some of our power plants is directly consumed in Reverse osmosis processes, where 4 to 10 kWh of electricity is consumed to produce 1 m3 of potable water.

As a rapidly expanding port and freezone complex, we are especially dependent on the ocean, it is our lifeline. But how do we work to preserve and indeed improve environmental outcomes at SOHAR? The ocean provides us with so much more than just water to sail on. We work together to reduce pollution, but also to use the ocean to provide us with cooling water for local industry. This has an effect on the efficiency of the industry as well as an effect on the ocean: our cooling water exhaust gets cooler, making sure, we do not influence the ocean around us and that the abundant sea-life is not impacted in Oman. 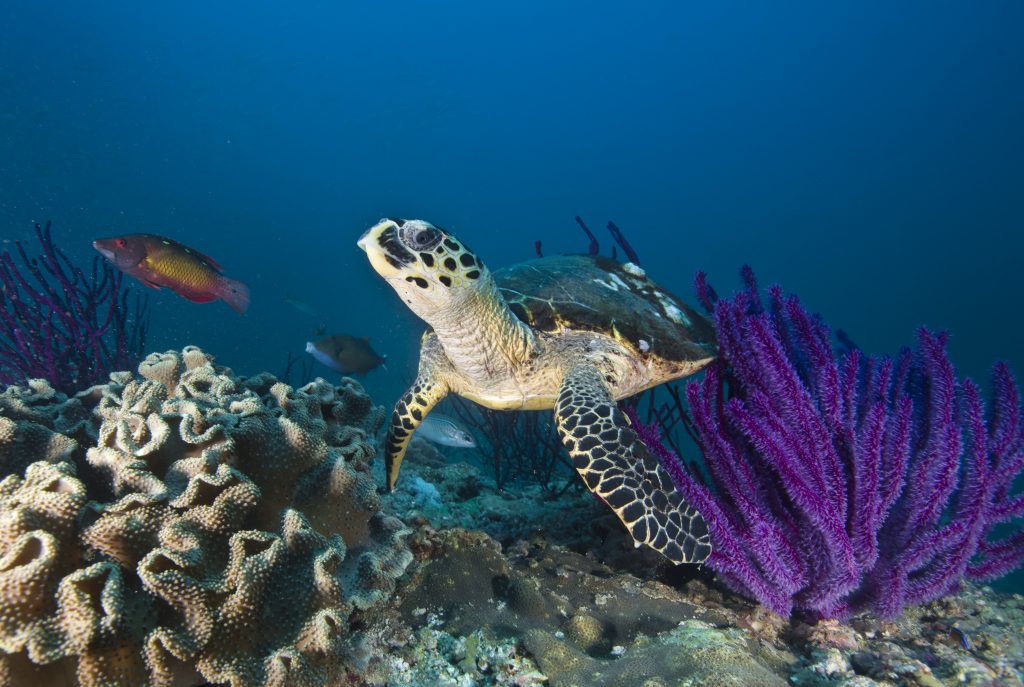 How can we continuously produce the required drinking water from the oceans while reducing both the impact on the environment and our dependencies on fossil fuels? This challenge is currently being tackled at SOHAR. Oman is fortunate to have almost unbroken supply of sunlight throughout the year. At Port of Sohar we plan to capture this energy and convert it into useful electricity. By coupling the production of potable water with solar power, it is possible for Oman to break the link between fossil fuels and potable water, allowing its habitants to further develop themselves by harvesting the water from the oceans using the power from the sun.

We know that humanity has, over the decades, dumped billions of tonnes of plastic, and it is estimated we are adding it to the ocean at a rate of 8 million tonnes a year. As well as endangering sea-life, birds and other creatures who mistake it for food or become tangled in it, plastic waste has now entered the human food chain with health consequences that are not yet fully understood. 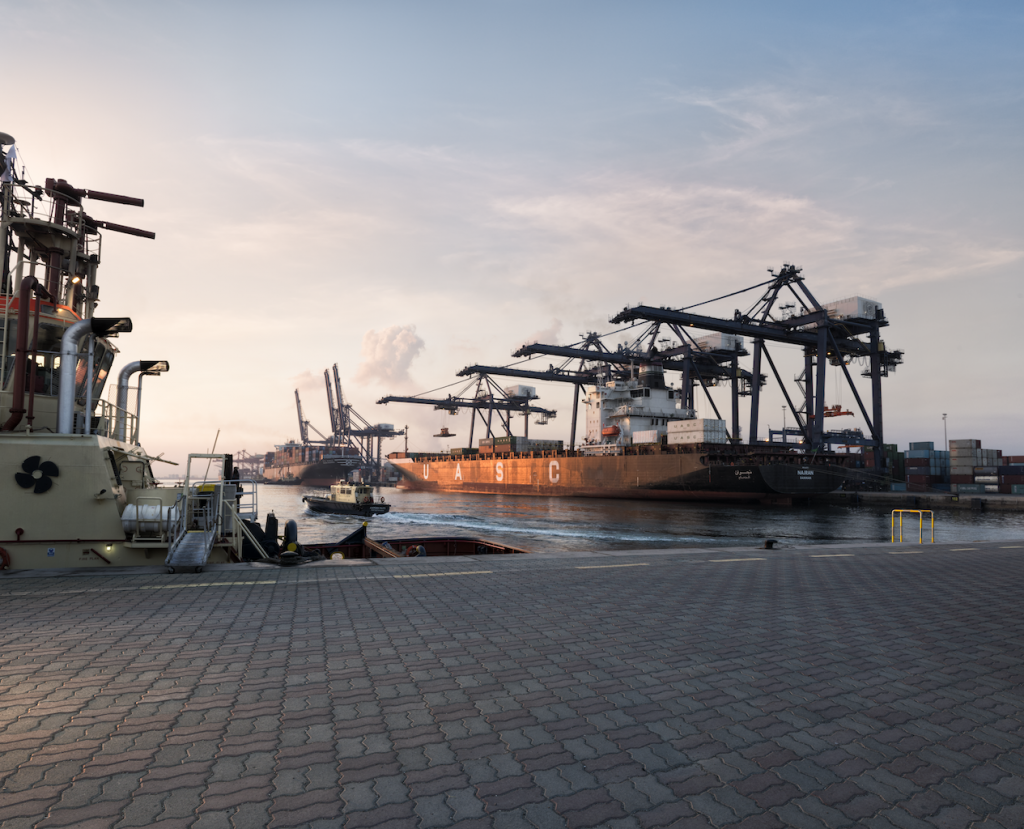 The avalanche of plastic waste globally means as drink bottles, plastics bags, packaging and numerous other items – as well as tiny plastic fragments, including microbeads used in cosmetics – are concentrating in the oceans and washing up on beaches around the planet, from the shores of Oman to the Arctic Circle.

At SOHAR, we are tackling the challenge of plastic waste, which is underscored by Oman’s commitment in December 2017 to the UN #Cleanseas Campaign against marine litter and ocean pollution. This includes plastic bag bans, new marine reserves and drives to increase recycling. Aiming to ‘turn the tide on plastic’ the #CleanSeas campaign demands attention and action from governments, businesses and individuals on ocean pollution. Oman has joined with early 40 countries from Canada to Indonesia and Brazil who have all committed to the #CleanSeas campaign. Together, the member countries account for more than half of the world’s shoreline. Awareness, education and legislation are vital tools to change behavior and to encourage responsible production and consumption – an important move in the global shift toward sustainable development. 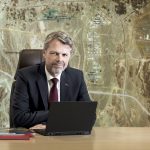 Mark Geilenkirchen is the Chief Executive Officer at SOHAR Port and Freezone. After receiving his Bachelor’s degree in Logistics from the Maritime Institute De Ruyters, in his native Vlissingen in the Netherlands, Mark set-up and managed HT Research from 1991-2001, an international business consultancy focusing on logistics and quality.

In 2002, he returned to De Ruyters as a lecturer for nearly five years, where he established a specialised business faculty for logistics and established many working relationships with other leading universities across Europe and Asia.

In 2006, Mark joined ABN AMRO as Vice President and Regional Banking Director, where he successfully led the company through the global financial crisis and one of the most turbulent periods in the bank’s history. During this time, Mark also acquired his Master’s Degree in Retail Banking from the TiasNimbas School of Business in Tilburg.

From 2010-2014, Mark was appointed CEO and Chief Commercial Officer of APM Terminals at the Port of Zeebrugge, in Belgium, where he was responsible for attracting significant Chinese investments and returning the loss-making port to profit.

Mark joined SOHAR Port and Freezone as CEO in July 2016 from Hong Kong, where he had been working for two years as Global Client Director with APM Terminals, managing client portfolios at over 60 ports around the globe. Mark is married, lives in Oman and has three children. 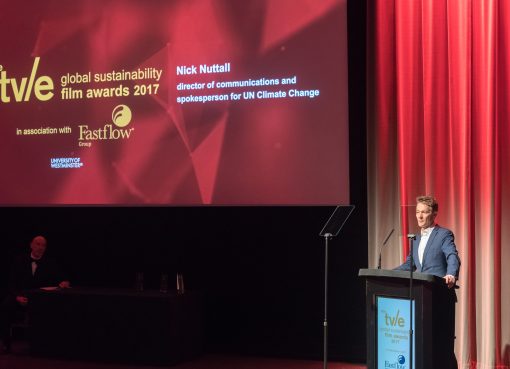