SolarPower Europe and the Austrian Federal Ministry of Sustainability and Tourism has held a high-level workshop exploring solar-to-hydrogen business models and how these technologies can contribute to a carbon-neutral Europe.

Speaking at the workshop, Klaus Dieter Borchardt, Deputy Director-General, DG ENERGY, European Commission said: “The Commission is not picking the winners of energy transition but we hope that modern technologies, including solar to hydrogen, will also contribute to our long-term decarbonisation strategy.”

Walburga Hemetsberger, CEO of SolarPower Europe, said: “Green hydrogen produced with solar energy offers new ways to decarbonise our economy and fast-track the energy transition. Solar-based hydrogen technologies have a particular role to play in ‘hard to decarbonise’ sectors that use high-temperature heat processes such as industry, heating and transport. Already today, we see examples of solar-to-hydrogen projects in Europe and these technologies are ramping up fast. As solar in Europe has entered a strong growth phase, with more than 20 GW of annual installations forecast from 2020 onwards and as one of the lowest-cost power generation sources, the prospects for solar-to-hydrogen are bright. It now makes sense to look at how the European Union can pioneer the development of these technologies.”

Gerfried Gruber, Head of Department of Ministry of Sustainability and Tourism at Permanent Representation of Austria to the EU, commented: “A climate neutral energy system requires major investments in renewables as well as in storage and other flexibility mechanism. Hydrogen as a new energy carrier will play a crucial role for the integration of renewables. During the Austrian Presidency of the Council of the EU in 2018 we therefore launched the hydrogen initiative, supported by 26 member states and the European Commission. It is now time for implementation. The workshop gave us an excellent opportunity to intensify the exchange of our knowledge and to scrutinise challenges and opportunities lying ahead.”

Klaus Dieter Borchardt, Deputy Director-General, DG ENERGY, European Commission,delivered the keynote speech at the solar-to-hydrogen workshop. Panellists included Solairestream, Akuo Energy, Fronius, Siemens, NEL Hydrogen and Hydrogen Europe. The solar-to-hydrogen workshop was organised in collaboration between SolarPower Europe and the Austrian Federal Ministry of Sustainability and Tourism and the Permanent Representation of Austria to the EU. 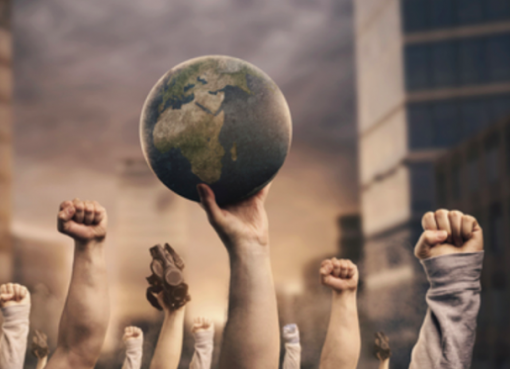 Scientists share their grief, anger, and hope over climate change