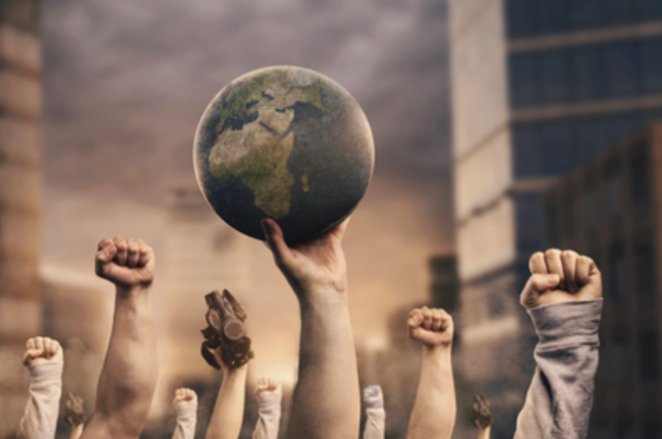 This month’s original YCC “This Is Not Cool” video shows how several experienced climate scientists are handling the emotional and personal feelings that many feel in grasping the potential adverse effects of runaway climate change. In the current global context posed by the coronavirus pandemic, there are striking similarities between the COVID-19 disease and risks posed by climate change.

“Knowing what I know about the science and the projections, that puts me into a state of grief,” says climate scientist Jeff Kiehl, a veteran of the National Center for Atmospheric Research now associated with the University of California, Santa Cruz. With a first grandchild now 10 months old, Kiehl points to what he sees as “lost opportunities” to get a jump on climate change and says he fears “loss of a world that we as a species have known since our beginning.”

“I’ve been there, I’ve been depressed about these results many times,” says University of Wisconsin scientist Andrea Dutton. She says that in her presentations to the public, she feels it is important to help audiences fully discuss personal feelings with friends, family, and acquaintances.

“We almost need a team of psychiatrists and therapists to go into a community dealing with climate change to allow people to process all these emotions,” Dutton says. She adds that “we must allow people to emotionally respond to scientists’ information” and “accept reality.” Her prescription: “For me, it’s engaging in solutions. … The future is going to be different” and the public should “not fight that feeling anymore” but rather accept and ask how that future should best be shaped.

Anger is OK and can lead to constructive engagement

Asked by videographer Peter Sinclair if scientists should feel a “sense of anger,” Kiehl says well-channeled anger over climate change risks can be “a good source of energy” and can lead to “some very constructive action” and engagement on climate change issues.

Despite their anxieties, Kiehl and Dutton share the perspectives of two other scientists in the video – Twila Moon of the National Snow and Ice Data Center and Ben Abbott of Brigham Young University that, as Dutton says, “we can make a choice and choose a different pathway” forward. “The future is not written yet,” Dutton says. “We get to choose that future.”

“We are nowhere near a point where we should put our heads in the sand or throw up our hands and feel that there is nothing we can do,” Moon says. “Indeed, what we do will be the primary determinant of what things look like in the future.”

Abbott is similarly hopeful. “I really do see a sea change. Lots of people are recognizing that we are part of the problem,” he says. “That’s not reason to despair. That’s reason to take hope, because that means we can be the solution. Since it’s us, it’s absolutely within our control to change how we live, to protect the climate system and to ensure a better future.”