Solar Geoengineering has been touted as a promising method of ensuring that our planet remains habitable by artificially cooling the climate. However, embarking on such a path could have grave consequences if the process were to be abruptly reversed, a new study finds.

Geoengineering takes many different forms, many of which use radically different principles to achieve the same end goal. Solar geoengineering revolves around the use of aerosols to reflect sunlight back into space. The technique doesn’t have a direct impact on carbon in the atmosphere, so it’s not a definitive solution to climate change. However, its proponents say that it can reduce temperatures, giving us some extra time to remove more carbon from the atmosphere.

A new study led by Christopher Trisos, an ecologist at the National Socio-environmental Synthesis Center, assesses the risks of taking such an action for a limited period of time. The paper, published in Nature Ecology & Evolution, suggests that the sudden termination of a solar geoengineering program could cause greater harm than climate change itself.

“The study looks into a rapid start and a rapid termination of solar geoengineering, which is probably not the way the world would do it,” said Janos Pasztor, executive director of the Carnegie Climate Geoengineering Governance Initiative, speaking to Futurism. “But we live in a not-so-perfect world. Things can happen. I share the implied worry of the authors that there is a plausible scenario that a single country, or a small group of countries, or even a wealthy individual could actually engage in solar geongineering deployment. That could result in exactly this kind of rapid start and rapid stop.”

This kind of geoengineering, the study finds, would have a massive impact on regional ecosystems. The researchers compared changes to temperature and precipitation in a scenario where a solar geoengineering project ran from 2020 to 2070 to one where it was not. The former recorded changes to local climates that were between two and four times more dramatic.

This would mean that species would be forced to travel in one direction to maintain a similar level of precipitation, and another to pursue the temperature they are accustomed to. It’s thought that areas that are rich in biodiversity, like tropical oceans and the Amazon basin, would be at the greatest risk.

The problem with a quick start and a quick termination of a solar geoengineering project is that even if species are able to adjust to the initial changes to their environment, further changes would come just a few decades later.

“Solar radiation management would have to be sustained and increased to offset increased greenhouse gas warming,” said Dennis L. Hartmann, a professor in the University of Washington’s department of atmospheric sciences, when he spoke to Futurism in November 2017. “If the solar radiation management is halted for any reason, then a rapid warming would result, with likely catastrophic consequences.”

One of the biggest challenges in implementing solar geoengineering is the fact that any project would have to be subject to political proceedings spanning decades. It could only ever come to fruition if there was an international agreement to pursue these changes, at which point an institution would have to be put in place to ensure that it’s upheld.

The Carnegie Climate Geoengineering Governance Initiative maintains that further exploration of the risks and benefits, and a shared governance framework are prerequisites for any deployment of solar geoengineering. This is because, they say, the consequences of a rapid deployment are far from the only potential problem.

“This [study] feeds in to exactly what is needed,” said Pasztor. “It’s just one of many, many issues where we need to know more, but this is clearly in that direction, so I salute this kind of study.”

To read the original article from Futurism, please click here. 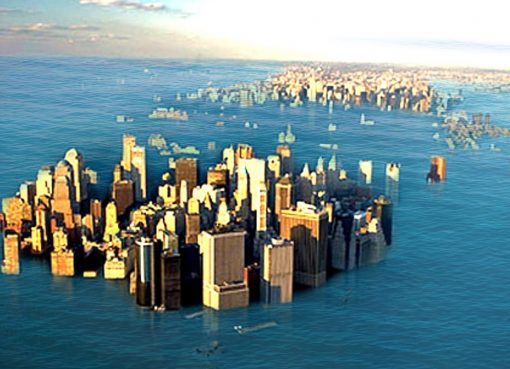