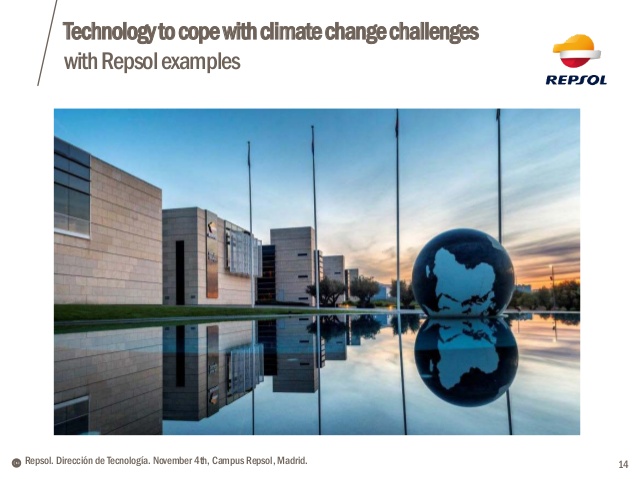 The Spanish oil company “is the first among its peers” to do this, Bloomberg reports. Production will be limited to around current levels: around 700,000 to 750,000 barrels of oil equivalent a day. Reserves will be maintained at 8 years – less than the industry average.

Dong (Danish OIl and Gas) – now called Orsted – has almost completed a total retreat from oil and gas completely. Their production was 100,000 barrels of oil and gas equivalent when the sold their North Sea oil and gas operations to Ineos in 2016.

Bloomberg notes that “at the annual shareholders meeting last week, Chairman Antonio Brufau devoted a significant chunk of his speech at the event to talk about climate change.” The company will be seeking to acquire and develop assets in clean energy and EV infrastructure.

In January 2015 I predicted that one major oil company would turn its back on fossil fuels “in the near future” (I told the journalist 3 years). I had a phased withdrawal plan in mind though – a large scale version of what Dong subsequently did. Repsol’s action is a freeze. Prediction: it will turn into a total retreat plan.