Home > cctne > Power From the Sun

By providing consumers and businesses with clean, renewable and low-carbon energy directly taken from the sun, solar photovoltaic (PV) power plays a crucial role in mitigating climate change and, thus, in the path towards the creation of a prosperous and sustainable society.

PV technology has known an unprecedented growth over the last decade, proving strong resilience during difficult economic times. Indeed, in 2012 the world’s cumulative PV capacity surpassed the impressive 100 gigawatt (GW) installed electrical power mark, achieving just over 102 GW. This capacity is capable of producing as much annual electricity energy as 16 coal power plants or nuclear reactors of 1 GW each.

These outstanding figures suggest that PV is rapidly maturing into a mainstream renewable energy source available in markets worldwide. For the second year in a row and the second time in history, PV was in 2012 the first electricity source in the EU in terms of added installed capacity. Today, the technology produces over 5% of the peak electricity demand in the EU 28, more than 13.5% in Italy and more than 11% in Germany.

Yet, what is equally remarkable is the environmental meaning hidden behind these data, even more so since its magnitude is often overlooked. Each year, these PV installations save more than 53 million tons of CO2, corresponding to the annual greenhouse gas emissions from more than 10 million passenger vehicles [1]. This is how they provide a significant contribution to tackle climate change and to attain long-term emissions reduction objectives.

And PV is not only helping to reduce harmful CO2 emissions, it is also having positive effects on the development of local economies. Europe and OECD countries have undoubtedly been pioneers in the development and deployment of the technology. But the benefits of PV did not stop at Europe’s borders. After taking root in Europe, North America, Japan and Australia, photovoltaics spread to emerging countries, creating jobs and contributing to economic prosperity while having zero impact on the environment. In fact, not only China, but also other Sunbelt countries are expected to add large PV capacities in 2013.

The PV industry is creating jobs all along the value chain, by directly employing about 420.000 people in the United States and China only [2]. Equally in Europe, PV is a major factor for local employment, with e.g. 120.000 people working in the PV sector in Germany, 18.000 in France, and 16.500 in Italy. The transition to a sustainable, decarbonised economy is a chance to combine environmental protection with boosting economic growth and creating new jobs – exactly what our society needs to decouple economic growth from environmental pollution.

Already today, PV is cheaper than many people think. Financial support schemes have spurred strong growth in PV markets over the past few years, but one could be surprised to observe how much the PV industry has outperformed expectations compared with other emerging sectors. Over the past 30 years, the price of modules has decreased by over 20% every time the cumulative installed capacity (in MW) has doubled. This means that the total cost of a PV system has come down by as much as two thirds only within the last five years.

The decrease in manufacturing costs and retail prices of PV modules and systems have come as the industry has gained from economies of scale and experience. This has been brought about by extensive innovation, research, development and political support for the development of the PV market. This also means that the total cost of large PV systems could decrease further by more than 50 % by 2020 and by more than 70 % by 2030, according to current market trends with PV meeting respectively 8 % and 15 % of the demand by 2020 and 2030 [3].

But challenges are far from being cleared out; competitiveness on the basis of power generation costs alone is not sufficient if a number of other constraints stand in the way for a full, large-scale deployment of the technology.

The way wholesale electricity markets and electricity grids are designed represent today a challenge for an adequate valorization of PV and its large-scale integration in the power system. The penetration of significant amounts of decentralised, variable generation is calling into question the way the current power system is designed, placing important challenges for grid operators. However, in many cases solutions to enable high penetration of PV already exist and just need to be implemented. Even though PV is not by nature dispatchable, the deployment of storage and Demand Side Management (DSM) solutions could ease the transition to a more flexible system, while enlarging balancing areas and enhancing aggregation would smooth the variability of variable energy sources, such as PV. And in many ways, PV is already providing solutions – meeting a growing share of electricity demand at increasingly competitive cost without creating undue strain on the power system.

Furthermore, since solar-generated electricity is produced close to where it is consumed, PV systems have a huge potential in terms of micro-generation and self-consumption. But in order to fully exploit its untapped benefits, favourable system conditions need to be set-up. The definition of a suitable regulatory framework and the removal of regulated retail prices in liberalized markets, or adequate cost-reflection-structures in regulated markets, constitute the basic pre-requisites for allowing citizens to consume the electricity they are producing. At the same time, a new forward-thinking approach is required to envisage further grid integration and explore interaction solutions between the consumer and system levels.

As world’s economies become progressively more intertwined, the establishment of clear rules for fair trade in a spirit of reciprocity and mutual benefit becomes another crucial feature if we are to achieve a sustainable free global market. PV is on the way to becoming a mainstream source of energy and a global industrial sector. At the same time, though, it is a sector considered by several countries as a strategic development initiative. Hence, fair competition in the full respect of WTO rules should be ensured in order to promote transparency on a global scale and certainty for investors.

PV is facing challenges but, amid all questions, its benefits and potential remain enormous. Let’s not forget that the Sun produces enough energy in one hour to power the world’s population for an entire year.

Policy-makers should recognize the potential and the role solar PV can play in the future global energy mix and set legally binding targets for renewable energy to drive the necessary transition of energy markets and their regulatory frameworks around the world. Today about two-thirds of global GHG emissions are associated with the production and consumption of energy [4]. While economic growth and fossil fuel availability are considered drivers of CO2 emissions, PV can change this pattern by spurring economic benefits with environmental sensitivity, contributing to the transition towards a low-carbon, sun-fuelled society.

With today’s increasing electricity demand and as policymakers consider their options for investments in new and more efficient energy technologies, they should take into account the benefits that PV is already producing and, more importantly, plan the greater benefits it is capable of producing in the future. 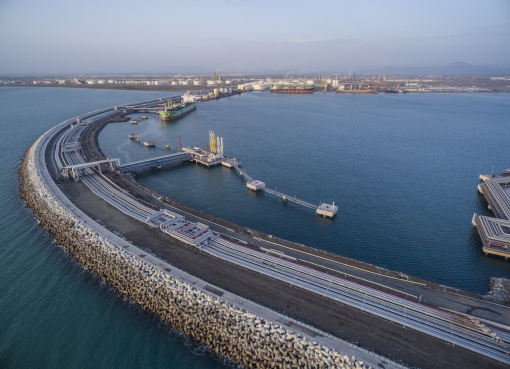