Plans to build more coal-fired power plants in Asia would be a “disaster for the planet” and overwhelm the deal forged at Paris to fight climate change, the president of the World Bank said on Thursday.

In an unusually stark warning, the World Bank president, Jim Yong Kim, noted that countries in south and south-east Asia were on track to build hundreds more coal-fired power plants in the next 20 years – despite promises made at Paris to cut greenhouse gas emissions and pivot to a clean energy future.

In the US, coal use is in sharp decline – and the country’s biggest companies are in bankruptcy. But there is still strong demand for coal in south Asia and east Asia, where tens of millions still have no access to electricity.

On their own, China, India, Indonesia and Vietnam account for three-quarters of new coal-fired power plants expected to be built around the world in the next five years. In India alone about 300 million people live without access to electricity.

“If Vietnam goes forward with 40GW of coal, if the entire region implements the coal-based plans right now, I think we are finished,” Kim told a two-day gathering of government and corporate leaders in Washington, in a departure from his prepared remarks.

“That would spell disaster for us and our planet.”

Putting coal-fired plants on hold – permanently – and making it affordable and practical for countries to replace fossil fuels with clean sources of energy such as wind and solar was the prime focus of the two-day meeting, and the bank’s new mission.

The bank said last month it would devote 28% of its spending to climate change projects.

The gathering, which came just two weeks after 175 governments reaffirmed their commitment to the Paris agreement in a symbolic signing ceremony at the United Nations, was part of a packed calendar of climate events in 2016.

Government and business leaders involved in brokering the milestone agreement to fight climate change at Paris are desperate to avoid inertia now a deal has been done.

The months until the next annual climate meeting, scheduled for Morocco in November, are studded with conferences intended to turn the promises made at Paris into concrete actions.

The UN secretary general, Ban Ki-moon, is pushing hard for governments to formally join the agreement and bring it into force before Barack Obama leaves office in January 2017.

That would help protect the agreement from a future president – such as the presumptive Republican nominee, Donald Trump – who denies or doubts that climate change is even occurring.

Mayors and business leaders at the gathering in Washington said governments also needed to move swiftly to remove barriers to investment in clean energy, especially in developing countries.

To read the full story on The Guardian, please click here. 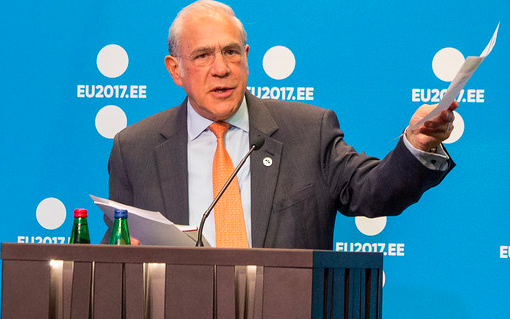