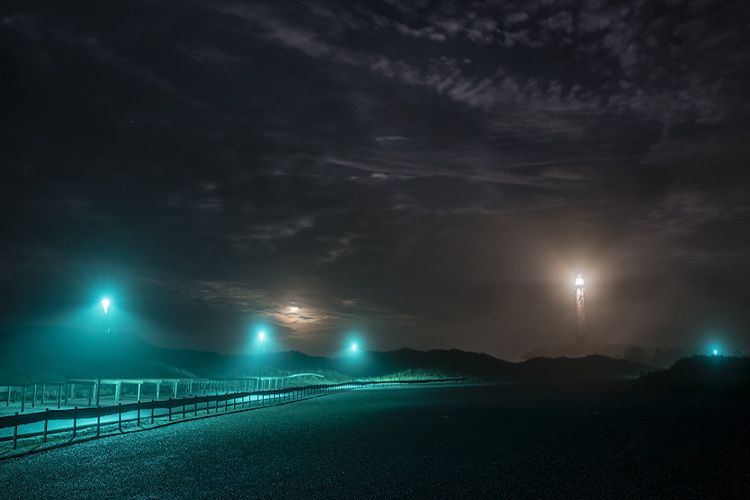 Enlightened Climate Action Is in Our Common Interest

The global climate change agreement reached in Paris at the end of 2015 and ratified at a record speed last year was a major achievement in terms of global diplomacy and as an agreement based on common interests. Yet the ‘Under 2C°’ goal for global warming has not been secured by the commitments so far submitted by all parties. Neither do current actions have the momentum to establish this important mid-century goal.

Energy strategy, circular economy, clean air, jobs and more inclusive socio-economic progress feature in virtually all the political processes and elections this year. Interestingly, it looks as if most of these agendas could be achieved once the consolidated public and private sector commitments add up to goals stipulated in the Paris Agreement.

So what is holding us back and how can we ‘connect the dots’?

Up to this day the two ‘classic’ positions in policy development are: ‘we could do something, but it is (too) expensive’ and ‘we should do something, and those who can afford should pay for it’. Tackling climate change combines the best of both worlds, as it is the cheapest way to address many of today’s economic, environmental and social concerns, while at the same time creating a more equitable, sustainable development pathway for this 21st century society. Our climate is not a consensus subject where we all have to give in a little to reach agreement. On the contrary, climate action is perhaps the most decisive subject, where the best way to act in one’s own interest is to invest in our common future.

So, what will it take to keep any potential warming of the earth as close to 1.5 degrees centigrade as possible? Looking past all the debates and reports, the answer is pretty simple. To arrive at a carbon neutral world by 2050, we need to drive energy efficiency improvements of at least 3 per cent per year. ‘We’ – industry, transport, public infrastructure, homes – must at least double the rate of energy efficiency improvement, mostly by accelerating infrastructure renovation to around 3 per cent per year. This must happen while also converting the existing and new energy demand to clean energy sources at a rate that similarly equates to 3 per cent of our energy mix per year.

“To arrive at a carbon neutral world by 2050, we need to drive energy efficiency improvements of at least 3 per cent per year”

The current rate of energy efficiency improvement hovers around 1.5 per cent per year. At the same time, demand for energy continues to rise at about 3 per cent per year driven by population growth, increased prosperity and mobility. Simply doubling the rate of energy efficiency improvement would reduce global energy cost by more than US$2trillion by 2030, slash the average household energy bill by a third, and create more than 6 million jobs by the end of this decade.

There are two main components which are necessary to double the rate of energy efficiency improvement: The first one is accelerating the renovation of existing infrastructure in developed countries. The second one is leapfrogging to clean technologies like solar-LED combined with new business models in developing countries.

When speaking about energy we often talk about individual technologies and their potential in their respective silos. In reality, we must pursue them all. Energy efficiency, renewable energy and carbon engineering are all needed. Only by enacting all of them in unison will we be able to achieve the goal of carbon neutrality in the coming 40 to 50 years. The International Energy Agency projects that energy efficiency needs to do over half of this job. It will be a crucial success factor for the renewable energy and energy access objectives of the Sustainable Energy for All programme captured by the SDG7. One could say that by combining ‘EE + RE’ we can decarbonize society twice as fast and twice as cheap.

At Philips, we walk the talk transforming the agreement reached at the Paris COP21 UN Climate Change Summit in Paris into tangible action. By the end of 2016 we reached the goal in our US operations to source 100 per cent of our electricity from renewable sources. We are also on track to fulfill the pledge we made in Paris to become 100 per cent carbon neutral by 2020.

Now, what will it take for society as a whole to achieve this? In generic terms, it requires that we connect the dots in four areas:

In the policy arena, we need to move from policies that optimize individual product performance towards policy frameworks that focus on connected technologies for smart buildings and cities.

As for financing, we need to move from ‘looking for funding’ to financing mechanisms where the future savings and benefits are used to take away initial investment and renovation budget hurdles.

Last but definitely not least, in communication we need to move away from explaining sustainable development as an acceptable sacrifice that saves the planet, to advocating this as the most attractive and equitable pathway to a more prosperous and inclusive 21st century we all deserve.

The good news is that everything needed to achieve the savings required already exists. All we have to do is connect the dots. LED lighting is a perfect example. Globally, lighting accounts for about 15 per cent of all electricity consumption, which we project to decline to 8 per cent in 2030 while the global tally of light points will have increased by 35 per cent to 60 billion at that time. Simply adopting connected LED lighting would reduce energy consumption by a massive 53 per cent.

That is only the starting point. LEDs can now be embedded with sensors and intelligence so they can be connected wirelessly and managed remotely via the internet. This connected lighting for smart buildings and smart cities can further boost those savings to up to 80 per cent. So, connected LED lighting is a form of energy efficiency that pays for itself in cost savings. Our products such as CityTouch and InterAct Office can contribute greatly to boosting energy-efficiency of governments, municipalities, offices and others.

Consider for a moment that there are around 300 million streetlights across the world. Only about 10 per cent of them are LEDs and just 2 per cent are connected.  The opportunity to create energy savings is immense. Realizing this a growing number of cities have adopted connected LED streetlighting: Buenos Aires, London and Los Angeles, just to name a few. In the past year, the Indonesian capital of Jakarta has undertaken one of the largest connected street lighting projects in the world, upgrading nearly 90,000 streetlights with LEDs; while in Dubai, the Dubai Lamp Initiative has been developed in partnership with Philips to help households and enterprises reduce electricity used for lighting by up to 90 per cent through replacing conventional lamps with the world’s first commercially available 200 lumen per watt LED lamps.

Beyond the opportunity to realize financial savings and reduce environmental impact, there is also a strong humanitarian need for adopting cleaner, energy-efficient technology. The most compelling example of this is the fact that there are more than one billion people around the world trapped in ‘light poverty’. Cut off from the power grid, they have little or no access to electric light. As a result, these people have little choice but to use kerosene lamps and candles to light their homes – hazardous practices that claim 1.5million lives every year through respiratory illnesses and fires.

Off-grid solar LED lighting solutions can help to end this injustice – at a fraction of the cost of kerosene or similar fuel, it stimulates social and economic development as communities are brought out of the dark. 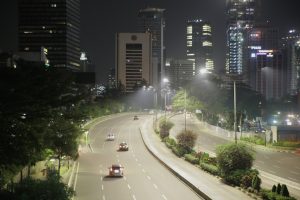 Lighting is a great example of the opportunities offered by new technologies, which makes LED lighting and its energy saving promise not just our business, but everybody’s business. Let us accelerate the transition to a better future and work together to achieve the magic 3 per cent. It is a legacy that we can create for generations to follow and it is a gift that is ours to give.

Harry Verhaar has over 20 years of experience in the lighting industry, and is Head of Global Public & Government Affairs for Philips Lighting. He is responsible for the strategy, outreach and stakeholder management on energy & climate change, resource efficiency and sustainable development, with a key focus on the role of the LED lighting revolution.

Since the end of 2003, Mr Verhaar has been the architect of the lighting strategy on energy and climate change, which has resulted in a global momentum on phasing out of old lighting technologies.

Mr Verhaar is an active member of a number of partnership and stakeholder networks, including The Climate Group; Regions20 and the World Green Building Council; and a member of the Advisory Boards of The Lisbon Council and the Global Cities Institute (and their World Council on City Data). He is responsible for Philips’ relationship management with the UN and the World Bank and is a founding member of UNEP’s en.lighten programme and the SE4All’s Global Energy Efficiency Accelerator Platform. He is Chairman of the European Alliance to Save Energy and president of the Global Off-Grid Lighting Association.

Mr Verhaar is a recipient of the 2011 UN Leader of Change Award, and received the Carbon War Room’s Gigaton award on behalf of Philips at COP17 in Durban, South Africa. In May 2015 he received the Energy Efficiency Visionary Award from the Alliance to Save Energy in Washington DC, USA. He holds an MSc in Solid State Luminescence from the University of Utrecht, The Netherlands.

Philips Lighting (Euronext Amsterdam ticker: LIGHT), a global leader in lighting products, systems and services, delivers innovations that unlock business value, providing rich user experiences that help improve lives. Serving professional and consumer markets, we lead the industry in leveraging the Internet of Things to transform homes, buildings and urban spaces. With 2016 sales of EUR 7.1 billion, we have approximately 34,000 employees in over 70 countries. News from Philips Lighting is located at http://www.newsroom.lighting.philips.com 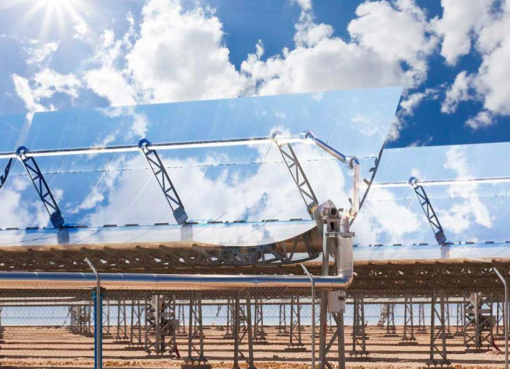 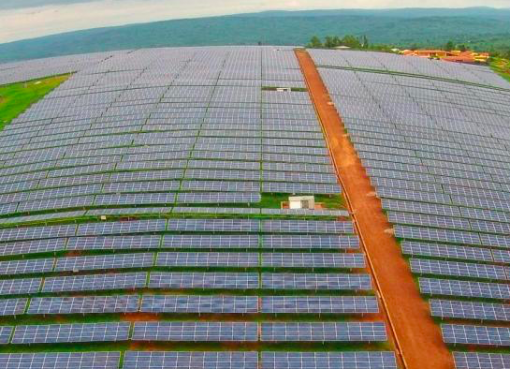 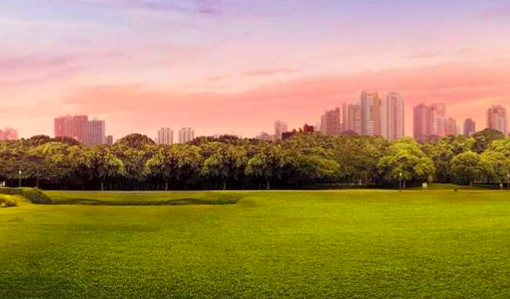