The Minister of Environment for Peru and UNFCCC COP 20 President, Manuel Pulgar-Vidal, highlights the importance of security in the Amazon region from the perspective of water, energy, food, health and climate change, in a broadcast interview released today.

Minister Pulgar-Vidal says, “The concept of security is fundamental for improving decision-makers’ awareness of the implications of the threats to the provision of services, resources and ecosystem services”.

His comments come in response to the recently-released report, The Amazonia Security Agenda, prepared by the Global Canopy Programme (GCP) and the International Center for Tropical Agriculture (CIAT), and with scientists and political leaders from Bolivia, Brazil, Colombia, Ecuador and Peru. It lays out initial recommendations as building blocks for dialogue and action in each of these countries, in combination with intergovernmental collaboration to deploy coordinated responses to those shared threats.

According to Minister Pulgar-Vidal, “We are still not completely aware of how the Amazonia ecosystem supportswater, energy, food and health security.” This is the reason why Minister Pulgar – Vidal considers the Amazonia Security Agenda report as “fundamental for decision makers in order for them to take action and make policies that aim to preserve the sustainable use of these resources and services”.

The report highlights how water, energy, food and health securities are all interdependent, but that water security fundamentally underpins all other securities. Growing threats to water vulnerability provides a critical nexus for decision-makers – providing new opportunities for impact.

The Amazonian Security Agenda report was funded and supported by the Climate and Development Knowledge Network (CDKN) and the Fundacion Futuro Latinoamericano (FFLA).

Key findings from the report

Large-scale deforestation is predicted to reduce rainfall by up to 21% by 2050.
Amazonian hydropower is vital for national electricity needs across the region: 39% in Ecuador, 35% in Bolivia, 22% in Peru, and 11% in Brazil. There is huge remaining potential (less than 1% exploited in Peru).
Regional deforestation is predicted to impact hydropower output, with Belo Monte dam power output projected to be up to 36% lower by 2050 than in a fully forested scenario if current deforestation rates continue.
Climate change will multiply these threats, as increasing temperatures, changing rainfall patterns and more frequent and intense extreme events further impact water supply in terms of quantity and reliability.

21% of Amazonia is under some form of mining concessions and 18% of these overlap with officially recognised Indigenous Territories.
Nearly 20% of the rainfall in the La Plata basin (a region that generates 70% of the GDP of the 5 countries that share it) comes from Amazonia.
Soyabean grain and beef from Brazil’s Legal Amazonia generated $7 billion and $1.6 billion respectively in export revenues in 2012.
99% Ecuador’s oil came from Amazonia, enabling crude oil exports of nearly $9 billion in 2010.

Sustainable Transport Can Save Trillions 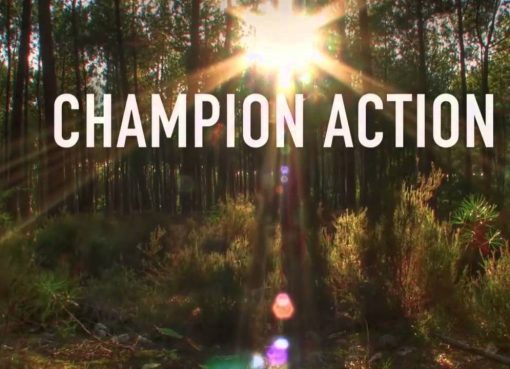