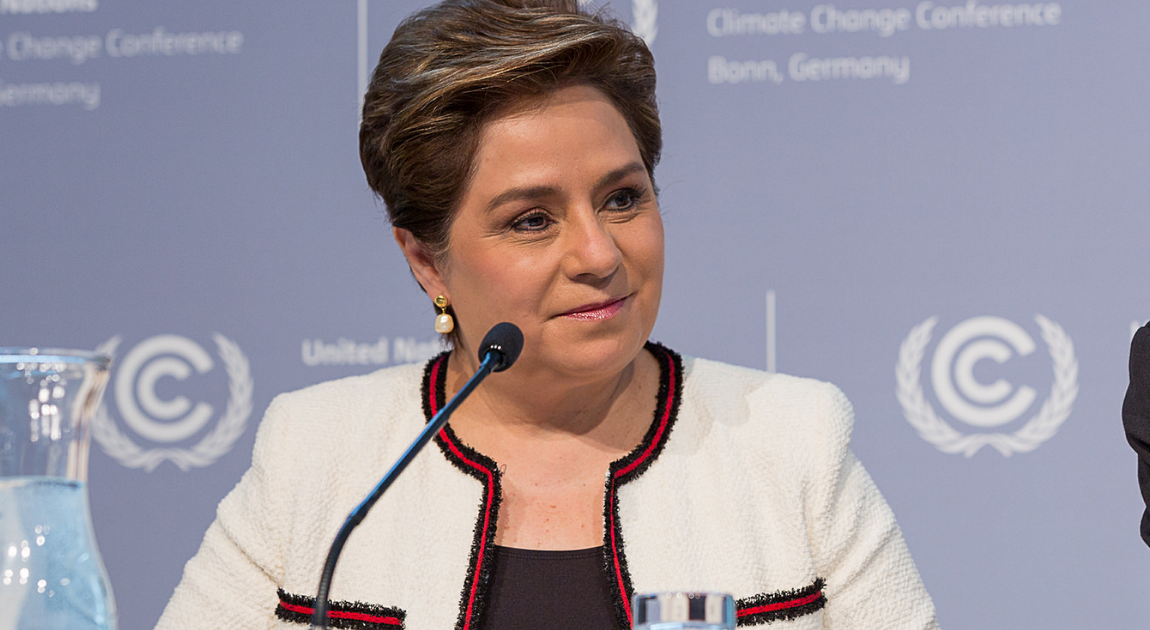 The last round of formal negotiations took place in Thailand in September, in preparation of the UN Climate Change Conference in Poland (COP24) at the end of this year, with uneven progress.

“Recent negotiations in Bangkok on the Paris Agreement’s implementation guidelines made some progress, but not enough. We must therefore work harder than ever between now and COP24 to complete this work,” she said.

Patricia Espinosa received a Call for Action at the Global Climate Action Summit in San Francisco slightly over a week ago, which outlines how states, regions, cities, businesses, investors and communities are stepping up action to put the world on track for a climate-safe world.

In New York City, the UN’s top climate change official stressed the importance of an approach to climate action that empowers bottom-up action, in the form of inclusive multilateralism:

Read her full remarks as prepared for delivery here:

Seventy-three years ago, nations—ravaged by war, weary of its costs—pledged to achieve what had, for the first half of the century, been impossible: a lasting peace.

The signing of the UN Charter in San Francisco was more than an agreement to get along.

It established a rules-based international order, championed multilateralism over self-interest, and clarified that the path forward was not through conflict but collaboration.

We bear the fruit of that work. Today, many are healthier, better educated, and more peaceful than at any point in history.

But humanity faces a new challenge; one that threatens current and future generations.

Climate change is an opponent we shaped with our own hands, but whose power now threatens to overwhelm us.

Throughout the world, extreme heatwaves, wildfires, storms and floods are leaving a trail of devastation and death.

Developing countries suffer the worst, but climate change affects all nations—directly and indirectly.

It’s a challenge that a rules-based international order is custom-designed to address—which led to the Paris Agreement.

Like the UN Charter itself, its signing was an unprecedented multilateral success.

But nations are not living up to what they promised.

Under it, nations agreed to limit climate change to 2-degrees Celsius—ideally 1.5C.

These targets are the bare minimum to avoid the worst impacts of climate change.

But what nations have currently pledged under Paris will bring the global temperature up about 3C by 2100.

Let us be clear: low ambition leads to a future where humanity no longer controls its own fate—runaway climate change does.

Recent negotiations in Bangkok on the Paris Agreement’s implementation guidelines made some progress, but not enough.

We must therefore work harder than ever between now and COP24 to complete this work.

We need to see leadership, we need to recognize the urgency we face, and we need to make a commitment to a decisive multilateral response. We have no other option.

This means that we must:

Listen to the voices of billions who understand that time itself is a dwindling resource when it comes to climate change.

Listen also to those who understand that addressing climate change provides extraordinary opportunity and are acting.

It was a clear statement from businesses and investors around the world that they have seen the future, and it’s green.

I have with me a call to action from the Summit.

It outlines how states, regions, cities, businesses, investors and communities are stepping up action to put us on track for a climate-safe world.

Let this be a call to nations to not only step up their climate ambition, but chart a clear path to the future, and empower bottom-up climate action.

I’m reminded of something by a great supporter of multilateralism, the late Kofi Annan.

In remarks commemorating the first anniversary of the September 11 attacks, he said:

I stand before you today as a multilateralist — by precedent, by principle, by Charter and by duty.

The best way to honour Mr. Annan is to honour his words.

Let us build upon them, by embracing what I call inclusive multilateralism, one that recognizes the need for more voices at the table, not fewer.

Ladies and gentlemen, I recognize none of this is easy—nothing this transformative or important ever is. But it’s worth it.

It’s worth it because by addressing climate change, we can build a better, more resilient future, both for this generation and all generations to follow…

…a future that is both cleaner and greener, but one where poverty is reduced, rights are shared more equally by all, and that all people can live, love, learn and prosper.