New York/Bonn, 21 September 2016— The UN’s top climate official thanked the 31 governments who today took the number of Parties to the Paris Climate Change Agreement past the key threshold of 55.

For the treaty to enter into force, at least 55 Parties covering at least 55 per cent of the global greenhouse gas emissions are required to join the Agreement.

“As of 21 September we have 60 Parties who have deposited the relevant instruments adding to the 29 who deposited their instruments over the past few months—this is an extraordinary momentum by nations and a clear signal of their determination to implement Paris now and raise ambition over the decades to come,” she said.

“We now look forward to the final threshold that will, 30 days later, trigger entry into force. Namely, at least 55 per cent of the global greenhouse gas emissions also being covered by Parties who have ratified, accepted, approved or acceded to the Paris Agreement with the UN’s Depositary,” added Ms Espinosa.

“Today we can say with ever more confidence that this historic moment is likely to come very soon, perhaps even by the time governments meet for the next round of climate negotiations in Marrakech, Morocco in November,” she said.

“Here many issues need to be progressed, ranging from the development of a rule book to operationalize the agreement up to building confidence among developing countries that the $100 billion pledged to them by developed nations is truly building,” said Ms Espinosa.

“The adoption, signing and ratification of the Paris Agreement are wonderful news but by no means the end. Securing a climate-safe world and supporting the realization of the Sustainable Development Goals is a multi-decadal effort of constant improvement. But we are out of the blocks and off down the track with enthusiasm, creativity and determination to make the transformation the people of this world expect and need,” she added.

The Paris Agreement was universally adopted in December 2015 and signed by many Parties in early 2016. The first ratifications occurred in April 2016. The UNFCCC secretariat Paris Agreement tracker now records the 60 countries which have ratified accounting for 47.76 percent of global emissions, according to the list provided by Parties to the agreement.

Governments will also be obligated to take action to achieve the two temperature limits enshrined in the agreement—staying well below 2 degrees C and pursuing efforts to limit the temperature increase to 1.5C over pre-industrial levels, this century.

The next key milestone, following ratification and entry into force, is likely to be the swift and successful conclusion of negotiations to develop the rule book that will allow implementation to begin in earnest.

“Daily, positive announcements of climate action by nations but also companies, investors and cities, regions, territories and states have been a hallmark of 2016. The urgency is to evolve this ever higher in the years and decades to come,” said Ms Espinosa.

For more information on status of ratification, a question and answer on the Paris Agreement and other related information please go to http://unfccc.int/paris_agreement/items/9444.php 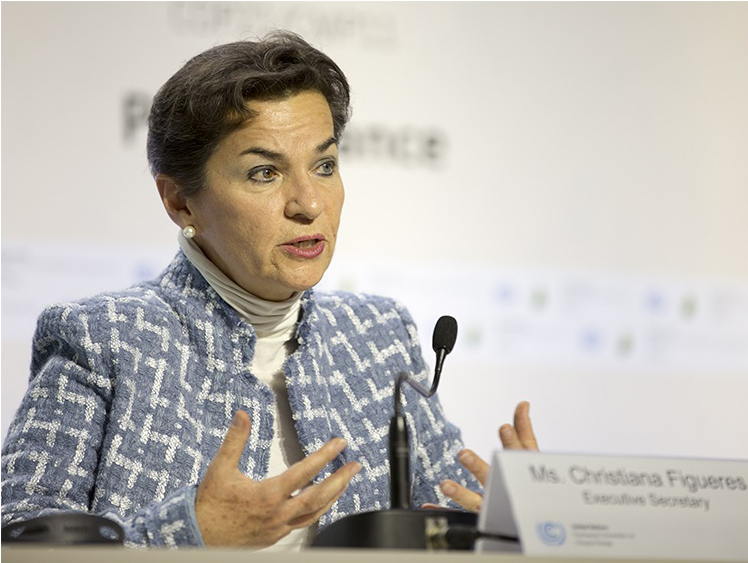 #2020DontBeLate: ‘We have three years to act on climate change’