Over the past few years, natural gas has become the primary fuel that America uses to generate electricity, displacing the long-time king of fossil fuels, coal. In 2019, more than a third of America’s electrical supply will come from natural gas, with coal falling to a second-ranked 28 percent, the Energy Information Administration predicted this month, marking the growing ascendency of gas in the American power market.

But new peer-reviewed research adds to the growing evidence that the shift from coal to gas isn’t necessarily good news for the climate.

A team led by scientists at NASA‘s Jet Propulsion Laboratory confirmed that the oil and gas industry is responsible for the largest share of the world’s rising methane emissions, which are a major factor in climate change — and in the process the researchers resolved one of the mysteries that has plagued climate scientists over the past several years.

That mystery? Since 2006, methane emissions have been rising by about 25 teragrams (a unit of weight so large that NASAnotes you’d need over 200,000 elephants to equal one teragram) every year. But when different researchers sought to pinpoint the sources of that methane, they ran into a problem.

If you added the growing amounts of methane pollution from oil and gas to the rising amount of methane measured from other sources, like microbes in wetlands and marshes, the totals came out too high — exceeding the levels actually measured in the atmosphere. The numbers didn’t add up.

It turns out, there was a third factor at play, one whose role was underestimated, NASA‘s new paper concludes, after reviewing satellite data, ground-level measurements, and chemical analyses of the emissions from different sources.

A drop in the acreage burned in fires worldwide between 2006 and 2014 meant that methane from those fires went down far more than scientists had realized. Fire-related methane pollution dropped twice as much as previously believed, the new paper, published in the journal Nature Communications, reports.

Using this data, “the team showed that about 17 teragrams per year of the increase is due to fossil fuels, another 12 is from wetlands or rice farming, while fires are decreasing by about 4 teragrams per year,” NASA said in a January 2 press release. “The three numbers combine to 25 teragrams a year — the same as the observed increase.”

“A fun thing about this study was combining all this different evidence to piece this puzzle together,” lead scientist John Worden of NASA‘s Jet Propulsion Laboratory in Pasadena, California said in a statement.

Less fun, unfortunately: the implications for the climate. Methane is a major greenhouse gas, capable of trapping 86 times as much heat as the same amount of carbon dioxide in the first 20 years after it hits the Earth’s atmosphere. So relatively tiny amounts of methane in the air can pack a massive climate-changing punch.

“The sharp increase in methane emissions correlates closely with the U.S. fracking boom,” said Jim Warren, executive director of the climate watchdog group NC WARN. “Leaking and venting of unburned gas — which is mostly methane — makes natural gas even worse for the climate than coal.”

The new NASA study is not the first to call attention to the connection between oil and gas and methane leaks. A study in March last year found that natural gas power plants put out between 20 and 120 times more methane pollution than previously believed, due in part to accidental leaks and in part to deliberate “venting” by companies. And as far back as 2011, researchers from Cornell University warned that switching over from coal to gas could be a grave mistake where climate change is concerned.

The NASA study may help settle the science on the oil and gas industry’s role in rising methane emissions.

To conduct their research, the scientists examined the methane molecules linked to different sources, focusing on carbon isotopes in the molecules, which helped them match the methane to different sources. Methane molecules rising from wetlands and farms have a relatively small concentration of heavy carbon isotopes, oil and gas-linked methane higher amounts, and methane from fires the most heavy carbon. The scientists also cross-checked their findings by looking at other associated gases, like ethane and carbon monoxide — and the numbers all fell into place.

It turns out that fires worldwide burned up roughly 12 percent less acreage during 2007 to 2014, compared to the prior roughly half-dozen years — but the amount of methane from those fires fell more sharply, plunging nearly twice as fast, measurements from NASA‘s Terra and Aura satellites revealed.

“There’s been a ping-pong game of explanations going back and forth about what might explain this,” Penn State University atmospheric scientist Ken Davis told Mashable. “It’s a complicated puzzle with a lot of parts, but [the study’s conclusions] do seem plausible and likely.”

That 2006-2014 lull in fires may be part of a larger trend. Historically, “burning during the past century has been lower than at any time in the past 2000 years,” one 2016 study points out, due in large part to the spread of fire suppression techniques.

But don’t expect the lower methane emissions from less burning worldwide to last forever. One of the impacts of climate change is to make large wildfires more likely, the Union of Concerned Scientists points out.

“Wildfire seasons (seasons with higher wildfire potential) in the United States are projected to lengthen, with the southwest’s season of fire potential lengthening from seven months to all year long,” the group says. “Additionally, wildfires themselves are likely to be more severe.”

In the meantime, even while fires declined worldwide, methane emissions overall have continued to rise sharply — and, according to NASA‘s latest research, it turns out pollution linked to the oil and gas industry is responsible for the biggest chunk of that growing problem. 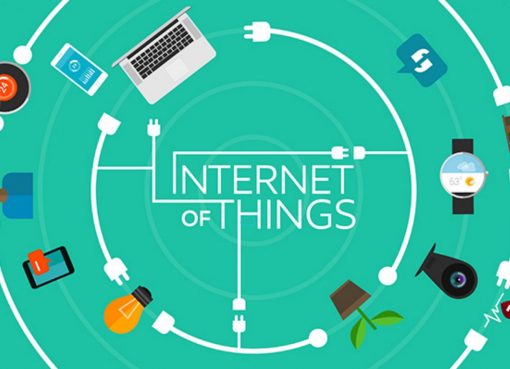