A new insurance scheme has been launched to help up to 4 million poor people in Africa and Asia deal with the challenges arising from climate disasters. The insurance programme – covering droughts in Kenya, Malawi, Mali, Zambia and Cambodia, and tropical cyclones in Myanmar – will mainly provide support to women farmers and their families, with plans to expand to cover floods later this year.

The scheme is expected to meet nearly 1% of the ambitious goal of G7 countries to increase access for around 400 million uninsured people in developing countries to insurance products that protect against climate risk.

The latest scheme is part of the InsuResilience Initiative, which was launched by the G7 group of nations in 2015 with Germany holding the Presidency and is aimed at providing insurance to 400 million poor and vulnerable people by 2020. The initiative received a significant boot last year during the annual United Nations Climate Change Conference (COP23) in Bonn, Germany, with the announcement of new partnerships and funding.

“African and Asian countries are highly vulnerable to the effects of climate change and natural catastrophes. We are looking forward to partnering with VisionFund International and Global Parametrics to reduce the vulnerability of small businesses and low-income households in these regions and to contribute to achieving the G7 goal to insure 400 million vulnerable people,” said Stefan Hirche, Chairman of the Board of the InsuResilience Investment Fund.

The InsuResilience Global Partnership for Climate and Disaster Risk Finance and Insurance Solutions that was launched at COP23 brought together G20 countries in partnership with the V20 nations – a group of 49 of the most vulnerable countries including small islands like Fiji. Germany announced support of USD 125 million for the new global partnership.

The insurance scheme launched this month, known as the African and Asian Resilience in Disaster Insurance Scheme (ARDIS), is led by VisionFund International, the microfinance subsidiary of development charity World Vision, and Global Parametrics, a new venture funded by the United Kingdom’s Department for International Development (DFID) and by the InsuResilience Investment Fund, set up by KfW, the German Development Bank, on behalf of the German Ministry for Economic Cooperation and Development.

ARDIS is designed to help farmers and small businesses receive much-needed credit required after a climate shock. It has a provision of USD 10 million contingent disaster finance credit line from the InsuResilience Investment Fund. For example, ARDIS will increase access to finance and provide post disaster recovery lending to rural families and smallholder farmers who live below the poverty line and participate in VisionFund’s microfinance network.

In its first year, ARDIS protection will be provided to VisionFund’s clients in Kenya, Malawi, Zambia, Cambodia and Myanmar, of which 80% are women.

To view the original article from the UNFCCC’s site please click here. 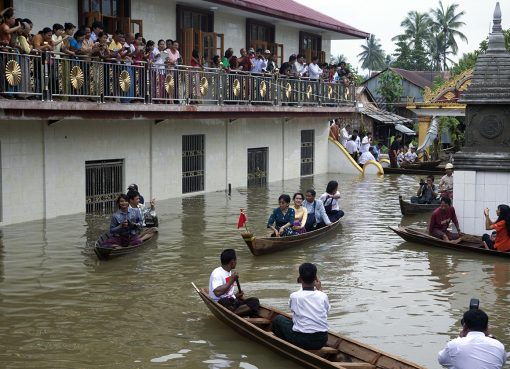