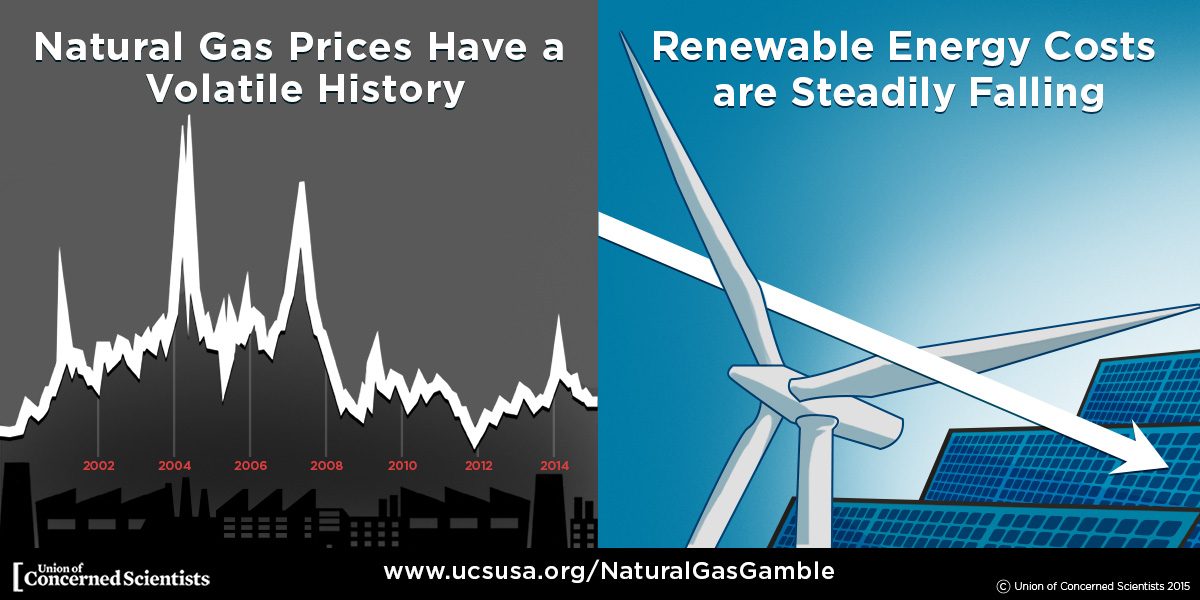 Over the past decade, coal has been increasingly replaced by cheaper, cleaner energy sources. US coal power production has dropped by 44% (866 terawatt-hours [TWh]). It’s been replaced by natural gas (up 45%, or 400 TWh), renewables (up 260%, or 200 TWh), and increased efficiency (the US uses 9%, or 371 TWh less electricity than a decade ago).

In other words, of the 866 TWh of lost coal power production, 46% was picked up by natural gas, 43% by increased efficiency, and 23% by renewables.

While the shift away from coal is a positive development in slowing global warming by cutting carbon pollution, as Joe Romm has detailed for Climate Progress, research indicates that shifting to natural gas squanders most of those gains. For example, a 2014 study published in Environmental Research Letters found that when natural gas production is abundant, it crowds out both coal and renewables, resulting in little if any climate benefit. Part of the problem is significant methane leakage from natural gas drilling.

…abundant gas consistently results in both less coal and renewable energy use […] the quantity of methane leaked may ultimately determine whether the overall effect is to slightly reduce or actually increase cumulative emissions […] only climate policies bring about a significant reduction in future emissions from US electricity generation … We conclude that increased natural gas use for electricity will not substantially reduce US GHG emissions, and by delaying deployment of renewable energy technologies, may actually exacerbate the climate change problem in the long term.

Similarly, another 2014 study found that based on the latest estimates of methane leakage rates from natural gas drilling, replacing coal with natural gas provides little in the way of climate benefits. Though it’s been touted as a ‘bridge fuel’ to span the gap between coal and renewables, this research suggests natural gas isn’t significantly better than coal in terms of global warming effects, and thus may not be suitable for that purpose. The ‘bridge’ doesn’t appear to achieve its goal of steadily cutting our greenhouse gas emissions.

California has been a national leader in clean energy. The state generates very little of its electricity from coal, but natural gas does supply more than a third of the state’s power. A quarter is generated by renewable sources like wind, solar, and geothermal plants, and another 10% comes from hydroelectric dams, on average. In 2017, renewables’ share increased by about 10%,displacing natural gas in the process.

In fact, California has an excess of natural gas power generation capabilities. Some natural gas plants are still essential for ensuring local grid reliability, but in many cases, clean energy resources like a combination of solar and storage can meet reliability needs.

In one recent example, the California Public Utilities Commission (CPUC) ordered Pacific Gas & Electric (PG&E) to procure energy storage (batteries) or “preferred resources” (renewables or increased efficiency and conservation) to meet a local reliability need in northern California. The order stemmed from an issue with a “peaker” natural gas plant (so-called because they switch on to meet high, peak electricity demand) operated in northern California. The operator (Calpine) was concerned that the plant was no longer economical, because it’s too infrequently used due largely to an abundance of renewable power. The contract they could receive for providing generation capacity to ensure grid reliability would not be high enough to cover costs to maintain the plant.

Instead of bidding their plant into the program overseen by the CPUC to ensure local reliability, Calpine went directly to the California Independent System Operator (CAISO) and requested a “reliability must-run resource” contract, which is a much higher payment than they would have received through the CPUC program. CPUC decided instead to require PG&E to fill the local reliability need with cleaner alternatives. The costs of renewable energy and battery storage have fallen so fast that the clean alternatives might now be cheaper than gas.

In another example, a proposed natural gas peaker plant in Oxnard, California was rejected when it was shown that the CAISO was using outdated battery storage costs from 2014. Given how quickly those prices have fallen, they could now potentially be competitive with natural gas peaker costs.

The redundancy and potential replacement of natural gas with cleaner alternatives extends far beyond these examples. Most electrical service providers in California are now required to develop integrated resource plans. These are electric grid planning documents that outline how the utilities will meet a number of California’s goals, including a 40% reduction in carbon pollution below 1990 levels and 50% electricity production from renewable sources by 2030. Meeting these goals will require replacing non-critical natural gas plants with renewable power.

And California is already installing battery storage systems at record pace. Tesla, AES Energy Storage, and Greensmith Energy Partners have all installed large battery storage facilities in California within the past year. Within 4 years, batteries are projected to be as cheap as natural gas “peakers,” and consistently cheaper with 10 years.

We need a fast transition

It’s important to bear in mind that power plants built today can continue to operate for decades to come. The decisions we make for today’s grid are long-lasting. That’s why there are similar pushes from groups in Michigan, Oregon, Connecticut, North Carolina, and South Carolina for utilities to scrap plans for new natural gas plants and instead consider cleaner and potentially cheaper renewable alternatives. Renewables also don’t face the uncertainty associated with fluctuating natural gas prices.

Of course, were there a national price on carbon pollution, renewables and battery storage would win in the marketplace even sooner. As it stands, natural gas prices don’t reflect the costs that we incur from the climate change caused by their greenhouse gas emissions. Nevertheless, as Union of Concerned Scientists senior energy analyst Laura Wisland put it,

Fortunately, rapidly falling costs are already making renewables and battery storage cost-competitive with natural gas, and cheaper than coal. If we’re going to succeed in avoiding the most dangerous climate change consequences, that transition away from all fossil fuels and towards clean energy can’t happen soon enough. 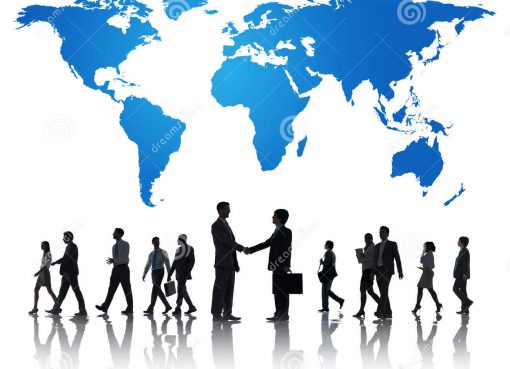