As the host of this year’s COP22 climate change conference in Marrakech, Morocco has been keen to demonstrate its green credentials and make this COP the “African COP”.

In the past year, Morocco has banned the use of plastic bags, launched new plans for extending the urban tram networks in Casablanca and Rabat, started the process of replacing its dirty old fleet of buses and taxis, launched Africa’s first city bicycle hire scheme, and launched a new initiative – the “Adaptation of African Agriculture” – to help the continent’s farmers adjust to climate change. 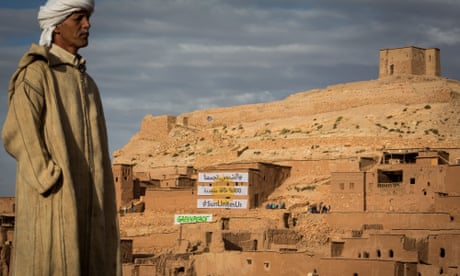 But by far the most attention has been on the development of “mega” infrastructure projects in an ambitious plan to transform the country’s energy mix.

Morocco has no fossil fuel reserves so is almost entirely reliant on imports. In 2015 King Mohammed VI committed the country to increasing its share of renewable electricity generation to 52% by 2030, aiming for the installation of around 10 gigawatts (GW). Of that, 14% is expected to come from solar, with plans to install 2GW of new capacity by 2020, as well as increases in wind power and hydraulic dams. Morocco has even opened the door to exchanging electricity produced from renewable sources with Europe.