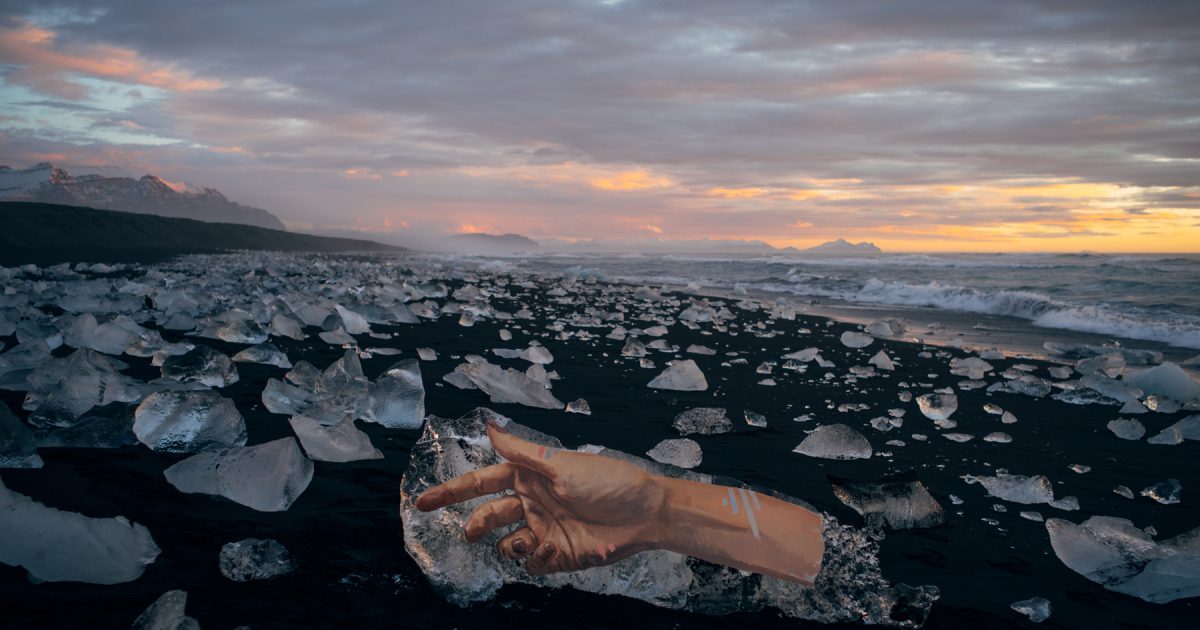 This story is the latest in our series #Art4Climate, a joint initiative by the UNFCCC and Julie’s Bicycle on the work of artists who make the issue of climate change more accessible and understandable by featuring it in their work

Combining his love for surfing and his artistic talent, the Hawaiian artist and muralist Sean Yoro, also known as ‘Hula’, has taken to the water to create semi-submerged murals on the side of large chunks of floating ice, while balancing on his stand up paddleboard.

Art helps to reframe the dialogue on any pressing issue, and this also applies to climate change. The unexpected beauty of these half-submerged portraits compel us to look at the stark, icy landscape in a different perspective, reminding us that there is still much more we can do in our lives and in our communities to alter the course of global climate change, he said in an interview.

“One of my main priorities of working outside is kind of just to interact with the environment, and being in Hawaii and on an island I just felt I needed to get out of my comfort zone”, the artist says in the short film titled ‘What if You Fly’.

The film was produced in collaboration with sports ware company The North Face, in the Arctic waters of Baffin Island in the Canadian territory of Nunavut, an area greatly affected by climate change. The artist navigated the frigid waters for days in search of a piece of ice that would sustain the weight of himself and his team without the ice cracking beneath them. In the film he documented the time he spent with the local Inuit people and the challenges of painting on melting ice sheets.

To better understand how climate change is affecting the residents of Baffin Island and to share their message with the world, the artist first cultivated a relationship with the area’s Inuit community. He spent time with local Jesse Mike.

Mike remarks, referring about the fact that climate change is affecting the livelihoods of the community.

Art helps to reframe the dialogue on any pressing issue. The unexpected beauty of these half-submerged portraits compel us to look at the stark, icy landscape in a different perspective, reminding us that there is still much more we can do in our lives and in our communities to alter the course of global climate change, he said in an interview.

Yoro uses environmental safe non-toxic paint for his murals, made by vegetable oils. It takes him from a few hours to a few days to complete a single image. “A’o ‘Ana”, which means “The Warning” in Hawaiian is the name of his painting done on a melting glacier in Iceland. The concept of this work is for viewers to emotionally understand facts about melting sea ice.

“In the short time I was there, I witnessed the extreme melting rate first hand as the sound of ice cracking was a constant background noise while painting. Within a few weeks these murals will be forever gone, but for those who find them, I hope they ignite a sense of urgency, as they represent the millions of people in need of our help who are already being affected from the rising sea levels caused by climate change,” he said.

Finding the perfect iceberg to paint on is also a challenging task. “It took us a whole day of searching until the right one came along and I was able to set up to paint. The currents didn’t help either, as the quicker my iceberg moved, the more it melted,” Yoro told CNN referring to his “A’o ‘Ana” portrait. He added:

I do think we are headed in the right direction with the actions we are taking to fight global warming, but we are late in responding and we need to quicken the pace of action if we want to keep this world safe for our future generations.

The Natural Resources Defense Council (NRDC) said about his art: “People’s lives and cultural heritage are at risk, too. With his portraits, artist Sean Yoro is helping to put a human face on the climate change issue.”

Some of Yoro’s recent projects have taken him to the front lines of global warming, where his portraits that quickly disappear as a result of environmental changes are a powerful metaphor for climate change. Through his art, he visually and viscerally reaffirms the need to respect and protect nature.

About the video: The artistic journey to Baffin island in the Canadian territory of Nunavut resulted in a short film narrated by Renan Ozturk and Taylor Ozturk, and produced by camp4collective titled ‘what if you fly’. The piece offers an insightful and poignant look at the project’s progress, and the message that lies at its core.

Picture at the top: “A’o ‘Ana II”. The portrait represents the millions of people in need of our help who are already being affected from rising sea levels caused by climate change. 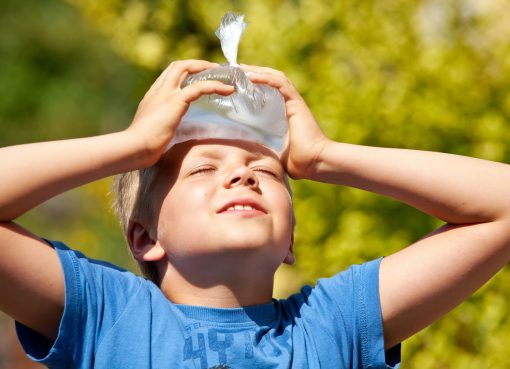