Last Tuesday, 277 companies with US$6 trillion in revenue and 144 investors with US$20 trillion in assets under management, called for a clear, ambitious climate deal in Paris next week and spotlighted eight policies in particular they believe will deliver it.

The We Mean Business coalition, of which The Climate Group is a founding partner, presented a business brief aimed at helping governments that will be discussing a new climate pact at COP21 next week to better understand business needs and successes.

In the first-ever proposed text proposal, the businesses make the case for eight specific proposals – signaling the strong support of the private sector for the inevitable transition to a low carbon economy.

“Companies are already taking action: they are not waiting for others,” says Mark Kenber, CEO, The Climate Group. “For the first time we have a meaningful business group that supports ambitious climate action. We are seeing a shift from diplomatic settlement to an investment catalyst.”

However, such transition needs governments to put forward the right policies. The first ask from the group of businesses and investors is to reach net zero greenhouse gas emissions well before the end of the century – in line with what science indicates as the only pathway to keep global warming less than 2 degrees Celsius from pre-industrial era levels, and avoid the worst effects of climate change.

“Reaching the net zero objective means that we need to remove carbon from all major sectors of economy,” says Mark Kenber, “and we must start with the electricity sector. This long-term goal is important also because it must set the sense of direction shared by all.”

But the agreement that will be reached in Paris will cover commitments only until 2020 – and businesses need a constantly evolving framework with a much longer span to achieve their full entrepreneurial potential. We Mean Business asks to strengthen governments’ commitments every five years, to assess collective progress in technology and investments.

Another much-debated issue in climate policy is the opportunity of putting a price on carbon. In the brief, the leading companies make clear that enacting a meaningful carbon pricing is a key instrument to cut emissions while grasping the economic benefits of this shift.

To date, many countries have already put a price on carbon in their climate proposals ahead of Paris. However, the businesses stress how it is necessary to adopt this instrument globally to accelerate investments toward low carbon technologies.

In fact, climate finance is a fundamental theme that will shape the Paris agreement. After the last international climate talks, developed countries committed to provide technology and financial support for developing countries – a pledge of US$100 billion a year by 2020.

“Paris is likely to be a success, but the discussion will be on the consequences of numbers, on how we ramp up,” highlighted Lord Stern, Chair of the Grantham Research Institute, during the briefing. “We have to take the infrastructure from 3 to 5-6 trillion of dollars and make it clean. That’s the big finance story.”

Put simply: countries with the strongest climate policy will attract the most investment.

“Investment has reached a point where a third of a trillion dollars is going into clean energy,” underlined Michael Liebreich, Founder of Bloomberg New Energy Finance. In early 2013, investments made in coal companies will have lost around 75 per cent, he said. “People are waking up to the idea that coal is being squeezed out of mix.”

“1986 was the Big Bang in financial markets: 2016 could be year we detonate decarbonization,” said Abyd Karmali, Managing Director, Climate Finance at Bank of America Merrill Lynch. “Mainstream markets is where green finance must be ‘everyday’.” The Director added: “Risk, reporting and returns are key to the language of Paris deal, as it can amplify business actions.

To achieve this bold result, the Paris agreement must be clear, transparent and accountable, and progress must be tracked and made comparable with a full set of data under the same framework. The Climate Group is already leading this fundamental ask with the Compact of States and Regions – the first ever single, global account of greenhouse gas reduction targets made by state and regional governments.

The We Mean Business companies also urge governments to set their climate pledge bar as high as possible, while regularly monitoring them. “Put simply: countries with the strongest climate policy will attract the most investment,” says Mark Kenber. “The same is true for companies that embed climate in their strategies.”

Many leading companies are already seeing the benefits of this shift. IKEA group, one of the founding partners of The Climate Group’s campaign RE100, is on track to achieve 100 per cent renewable energy: “COP21 is now about opportunity sharing,” underlines Steve Howard, Chief Sustainability Officer at IKEA.

“Investors have woken up, as if they’ve been asleep at the wheel for 20 years on the wrong [high-carbon] route. But Paris has the potential to be the watershed where we see the end of the high carbon economy and the start of a clean energy future.”

Already businesses face dramatic climate impacts on their businesses. So The We Mean Business companies call for strengthening adaptation mechanisms, to build more resilient economies and communities. It is also necessary to strengthen climate ambitions before 2020 with the Workstream 2 under the Durban Platform, which could guide this difficult process.

The signatories also make a strong case for eliminating subsidies that incentivize high-carbon energy, as well as the end of deforestation and support for scale-up of renewable energy. They call on all policy regimes to deal with fiscal, energy, industry and trade related issues, while providing actionable incentives for an early transition to a low carbon future.

“For the talks to be a success,” concludes Mark Kenber, “all leaders must see Paris as just the beginning of our global efforts to secure a climate resilient, prosperous low carbon economy for all.”

To view the original article from Ecobusiness.com please click here. 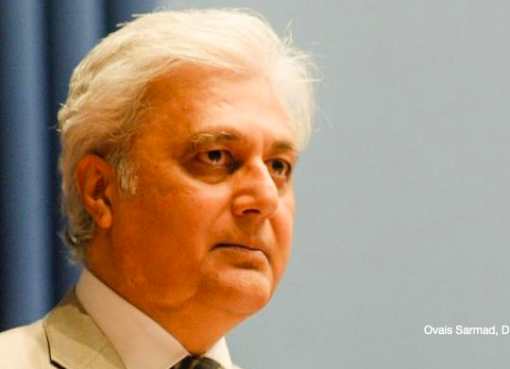 “Youth Demand Climate Action and Will Not Be Ignored” – Ovais Sarmad 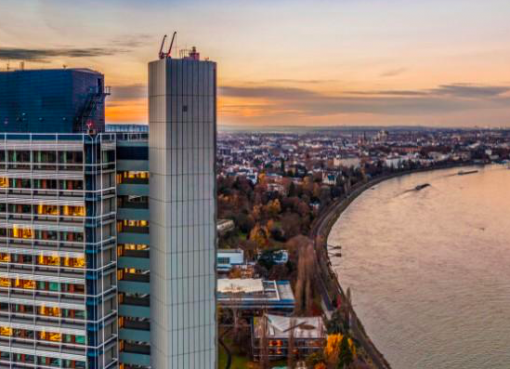