The Marine Environment Protection Committee (MEPC) of the International Maritime Organization has pushed forward with a number of measures aimed at supporting the achievement of the objectives set out in the initial IMO strategy on reduction of greenhouse gas (GHG) emissions from ships, in line with the Paris Climate Change Agreement under UNFCCC and the United Nations 2030 Agenda for Sustainable Development.

The MEPC 74 session (13-17 May) approved amendments to strengthen existing mandatory requirements for new ships to be more energy efficient; initiated the Fourth IMO GHG Study; adopted a resolution encouraging cooperation with ports to reduce emission from shipping; approved a procedure for the impact assessment of new measures proposed; agreed to establish a multi-donor trust fund for GHG; and agreed terms of reference for the sixth and seventh intersessional working groups to be held in November 2019 and in March 2020 respectively in order to expedite the work.

Also discussed were possible candidate short-term, mid- and long-term measures aiming at reducing GHG emissions from ships, to be further considered at next sessions.

The MEPC approved, for adoption at the next session in April 2020, amendments to MARPOL Annex VI to significantly strengthen the Energy Efficiency Design Index (EEDI) “phase 3” requirements.

The draft amendments bring forward the entry into effect date of phase 3 to 2022, from 2025, for several ship types, including gas carriers, general cargo ships and LNG carriers. This means that new ships built from that date must be significantly more energy efficient than the baseline.

The MEPC also agreed terms of reference for a correspondence group to look into the introduction of a possible “phase 4” of EEDI requirements.

The terms of reference for the Fourth IMO GHG Study were agreed and the tendering process will begin with an invitation to tender issued shortly. The IMO Secretariat will issue a circular letter for procuring the services of the contractor.

The study will include:

A Steering Committee will be established to act as a focal point for MEPC, to review and monitor progress and confirm that the Study meets the terms of reference. It is intended that the work could begin in Autumn 2019, with a view to the final report of the Study being submitted to MEPC 76, to be held in Autumn 2020. (The previous, Third IMO GHG Study, was published in 2014).

Cooperation with ports to reduce emissions from shipping

MEPC adopted resolution MEPC.323(74) on Invitation to Member States to encourage voluntary cooperation between the port and shipping sectors to contribute to reducing GHG emissions from ships.

This could include regulatory, technical, operational and economic actions, such as the provision of: Onshore Power Supply (preferably from renewable sources); safe and efficient bunkering of alternative low-carbon and zero-carbon fuels; incentives promoting sustainable low-carbon and zero-carbon shipping; and support for the optimization of port calls including facilitation of just-in-time arrival of ships.

Procedure for assessing impacts on States of candidate measures

The MEPC approved the Procedure for assessing impacts on States of candidate measures for reduction of GHG emissions from ships. The procedure identifies four steps:

The MEPC agreed to establish a voluntary multi-donor trust fund (“GHG TC-Trust Fund”), to provide a dedicated source of financial support for technical cooperation and capacity-building activities to support the implementation of the Initial IMO Strategy on reduction of GHG emissions from ships.

The MEPC approved the terms of reference for the sixth and seventh meetings of the Intersessional Working Group on Reduction of GHG Emissions from Ships – to be held, respectively, 11 to 15 November 2019 and back to back with MEPC 75 (in March 2020 ahead of MEPC 75, 30 March to 3 April 2020), subject to endorsement by the IMO Council (C122, 15-19 July).

The intersessional working group will:

The MEPC requested the Secretariat to continue its well-established cooperation with the UNFCCC Secretariat and its attendance at relevant UNFCCC meetings. IMO participates in the UN Climate Change Conferences, providing updates to the Subsidiary Body for Scientific and Technological Advice (SBSTA). The MEPC requested the Secretariat to continue, as appropriate, to bring the outcome of IMO’s work to the attention of appropriate UNFCCC bodies and meetings.

The MEPC noted that information on the ongoing work of IMO would be provided to the SBSTA 50, in Bonn, Germany (17- 28 June 2019) and to SBSTA 51, scheduled to take place during the UN Climate Change Conference in Santiago, Chile (2-13 December 2019).

The IMO-Norway GreenVoyage-2050 project was launched (13 May), to respond to the need to provide technical assistance to States and to support technology transfer and promote green technology uptake to improve energy efficiency and reduce GHG emissions throughout the maritime sector. (See press briefing 08/2019.)

Planet at its hottest in 115,000 years thanks to climate change, experts say 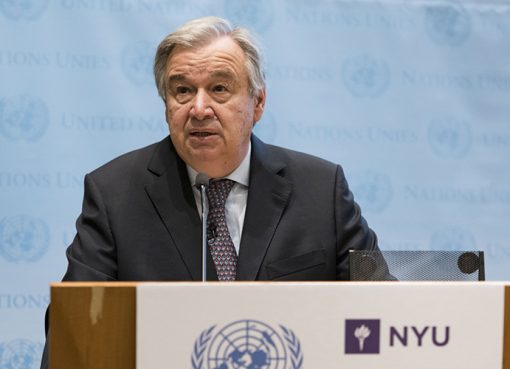 Climate action ‘a necessity and an opportunity,’ says UN chief, urging world to rally behind Paris accord 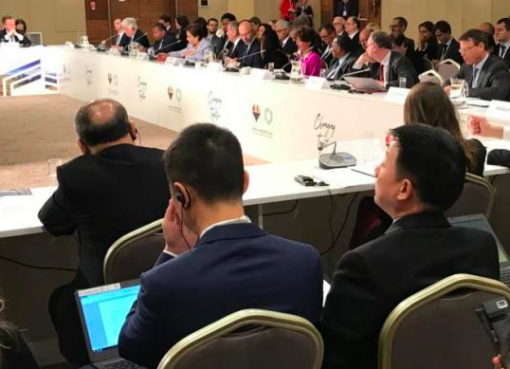