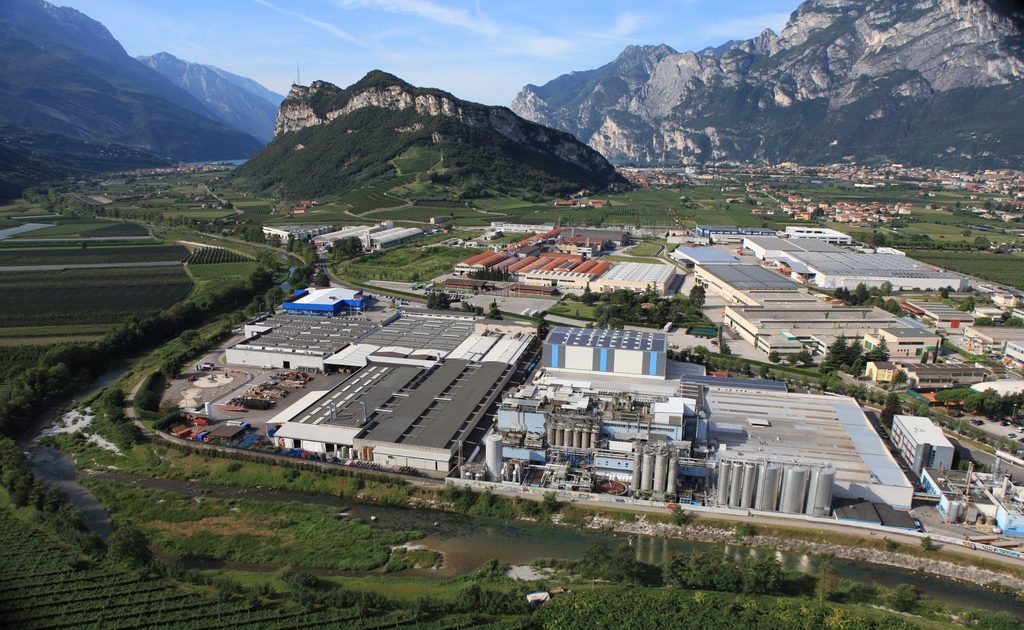 Sustainability Is not just a Commitment, but an Opportunity

The autonomous province of Trento (Trentino-Alto Adige) has long imposed some of the most stringent environmental standards in Europe. The area’s natural beauty, which includes Lake Garda and the surrounding mountains, took us on a path that has shaped the face and future of Aquafil.

Established over fifty years ago in Arco di Trento, Aquafil is now one of the leading producers of synthetic nylon fibers in Italy and around the globe.

The first major challenge and opportunity for us was to view sustainability not just as a result to be achieved, but as a way of thinking, a way of being – a principle that constantly drives us.

We quickly realized that sustainability needed to be a central part of our strategy, and rise like a pillar on which to base our company. We chose to do business in a transparent way, by taking on specific, concrete and verifiable commitments.

Today, Aquafil conveys a new way of doing business. It bases every action on principles of innovation, respect for the environment, cultures and people.

These principles are fundamental for us, both in Italy where we were born, and in our operations around the world. For this reason, we collaborate with our customers and suppliers, as well as local institutions, universities and non-profit entities to make sustainability part of the strategy by embodying the principles of circular economy.

As evidence to our commitment and in collaboration with the newspaper ‘La Stampa’, we decided to start the competition “Io Penso Circolare” at the end of 2016.

The goal of the award is to identify projects, products, patents and technologies that help overcome the traditional model of “take, produce, use and dispose”.

We challenged startups and public research centres in Italy to propose ideas for how to make the most of natural resources and reuse materials that are typically discarded.

Aquafil has also promoted a culture of sustainability in relation to all of its stakeholders. This has been achieved through constant training and employee awareness, and through the activation and promotion of projects in partnership with customers, suppliers and local communities.

For example, Aquafil’s facility in Ljubljana, Slovenia has agreed to transfer excess thermal energy to the adjacent water park. Through this innovative partnership, the Atlantis water park uses 100 per cent recovered thermal energy, reducing its environmental impact in Ljubljana.

The same principle has been applied to Aquafil’s headquarters in Arco (Trento), where the excess energy is transferred to nearby businesses. These examples demonstrate that private entities can grow in efficiency and profitability while improving the environment in which they operate.

Aquafil’s Energy & Recycling business unit was created in 2007 because we believe that the only way to be sustainable and competitive in the long term is to grow in harmony with the land and the surrounding communities. This business unit supports all of the Group’s activities, from implementing projects to improving the environmental performance of industrial processes.

One of its objectives is to promote an innovative culture that uses energy from renewable sources, reduces emissions and improves overall process efficiency while increasing profitability. In addition, the business unit is constantly working to promote the use of raw materials, and is committed to ensuring that materials can be recycled throughout its value chain.

Through working with the Energy & Recycling business unit and several prestigious universities, we established the first synthetic waste regeneration plane in 2011. This ambitious project has allowed the Aquafil Group to produce a regenerated yarn (ECONYL®), which has the same chemical and technical properties of traditional yarn. In fact, it was in that same year that the “The ECONYL® Regeneration System” was inaugurated. It is a production model that starts from the recovery of both pre- and post-consumer nylon waste. It allows for a transformation into regenerated caprolactam (a raw material fundamental for the Group’s productive activities) which is then used to produce 100 per cent regenerated ECONYL® yarn.

Due to the chemical properties of caprolactam, the regeneration process is practically infinite and allows for materials to be recovered that would otherwise be destined for the landfill, abandoned in nature, or incinerated.

Today, ECONYL® fiber is well-known on the global market and is chosen by famous brands such as Adidas, Levi’s and Speedo, who recognize its high quality and environmental value.

In March 2013, in support of our recovery strategy for nylon waste and our goal to reduce ocean pollution, we co-founded an international project with ECNC Land & Sea Group and Star Sock called ‘The Healthy Seas, a Journey from Waste to Wear’. The project’s key objective is to reduce the amount of solid waste abandoned in the ocean (in particular fishing nets), through a recovery and recycling process. Recovered nets are often left in natural environments, sent to landfills or simply burned. Through the ‘Healthy Seas’ programme, they are regenerated into ECONYL® yarn, the raw material used to create new high-quality products such as socks, swimwear, underwear and carpets.

Abandoned fishing nets are still an open wound in our ecosystem. According to a joint report prepared by FAO and UNEP, it is estimated that abandoned nets adrift in our ocean represent a tenth of all marine litter, and weigh around 640,000 tonnes. These nets remain in the ocean for hundreds of years and are responsible for the injury and death of dolphins and other marine animals such as turtles and birds. The fishing net recovery initiative is growing with the help of volunteer divers and the cooperation of fishing communities in the ports of Belgium, The Netherlands, Croatia, Greece and Italy. In the first three years of activity it is estimated that the initiative has collected more than 160 tonnes of fishing nets.

In addition to recovering waste, we believe it is imperative to rethink product design so that it takes into account the end of a product’s life. It is for this reason that we have committed our support to the European project EcoMeTex. The aim of this project is to optimize the recovery and recycling of materials in carpet productions. Aquafil is participating in the project as both a producer of nylon fibers and as a final recycler.

Finally, we believe that in order for the entire supply chain to be sustainable, it is necessary to work closely with all of the organizations that take part in it. For this reason, we have begun to examine our role in the processes that we do not directly control, such as logistics, packaging and supplementary raw materials. In order to do this, we launched the ‘ECONYL® Qualified’ project, which aims to stimulate excellence and innovation in the supply chain to make the ECONYL® Regeneration System even more virtuous.

By partnering with a number of suppliers, we have created guidelines (ECONYL® Qualified Protocol) by which the suppliers have to compete for the recognition of ‘ECONYL® Qualified’ supplier.

At the moment, obtaining the protocol is voluntary. As of July 1, 2018, it will be mandatory for all companies wishing to act as an Aquafil product or service supplier in the production and marketing of ECONYL® yarn.

Giulio Bonazzi is Chairman, President and CEO of Aquafil S.p.A. Having graduated with a degree in Business Administration from the University degli Studi di Venezia, in 1987 he began his professional commitment to the family business Aquafil. After a year alongside the commercial direction and Aquafil technique, he participated in a 6-month internship at Horizon Carpet in the United States. In 1989, he was appointed as Assistant Director at the Arco plant production; within a year he took on full responsibility. In 1991, he became the representative of the factory in Rovereto, restructuring the factory with the goal to obtain a balanced budget and increase productivity. At the beginning of 1992, he was in charge of restructuring Tessilbrenta, one of the family businesses. He dealt with the relocation plan in Slovenia, participating in the acquisition of the plant in Kranij. In 1994, he returned to Aquafil where he prepared for the acquisition of Julon d.d., the company that would become a fundamental asset for the Group. From 1995 to 1998, he was the General Manager of Julon and moved with his family to Slovenia. In 1999, he returned to Italy as Vice-President of Aquafil, becoming President of the Group in 2008. On June 2 2013 he was appointed as Knight of Labor (US). He acted as President of CIRFS (European Association Synthetic Fibers) from 2011 to 2014. Since June 2015, he has been the Chairman of Confindustria Trento.

Aquafil is a Group that was established in 1969 in Arco, in the province of Trento. It is active in the production of Nylon 6, with a specific focus in yarn production for textile flooring. Within this segment, Aquafil is the European market leader with more than a 40 per cent share and also holds the second place position worldwide. In addition, the company has extensive experience in synthetic yarns for the apparel segment.

In 2015, Aquafil achieved a turnover of about 500 million euros, of which 80 per cent was generated in international markets. 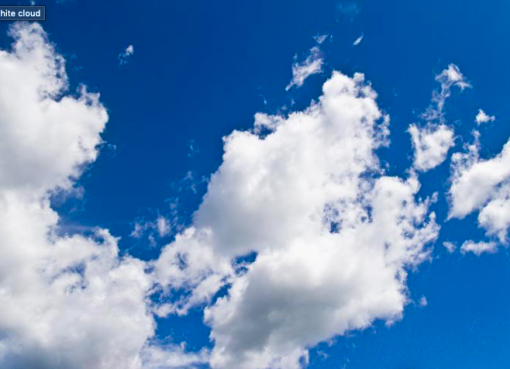 Recommendations of the Global Commission for Urgent Action on Energy Efficiency 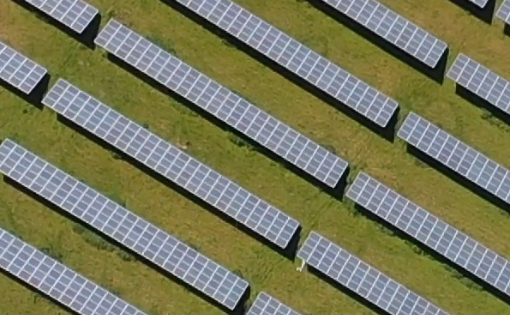 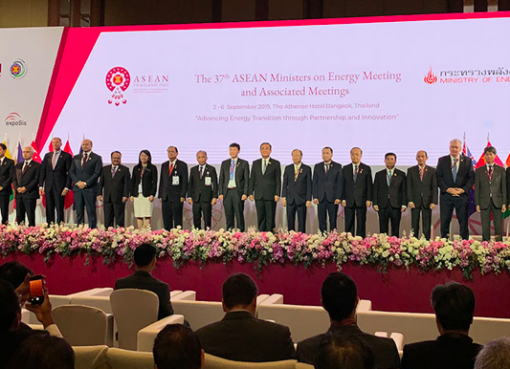