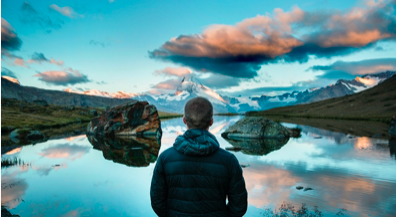 As COVID-19 has expanded around the globe, many of our worlds have seemed to shrink.  We see too little of nature, receive too much bad news, and settle for virtual companionship in place of actual community.

A post-COVID-19 world will not be the same one we knew before, but it can be a better one. “When we get past this crisis, which we will, we will face a choice,” says United Nations Secretary-General, António Guterres. “We can go back to the world as it was before or deal decisively with those issues that make us all unnecessarily vulnerable to the crises.”

As the Earth Day is observed again this April and as plans are being put in plan to move forward, you’re invited to draw inspiration from people and projects already working to make the world a better place.

“I was planning to be an astrophysicist,” admits Katharine Hayhoe. Instead, Hayhoe is a climate scientist, university professor and the host of the digital broadcast series, Global Weirding. “I realized I had the exact skills that we need to address this urgent problem.”

The urgent problem she refers to is climate change; and her exact skills include the ability to bring wide-ranging technical information down to a local scale, so that people can apply it in their lives and use it to inform their decision-making. “Because,” she explains, “hardly anybody ever talks about this issue.  And if we don’t talk about it, why would we care? And if we don’t care, then why would we act and why would we demand that others act too?”

When she isn’t writing papers or teaching graduate classes, Hayhoe continues to use her voice. An advocate of remote communication even before the COVID-19 pandemic, she can be found on social media, creating webinars, giving lectures and participating in online discussions. She contributed to Seasons 1 and 2 of Years of Living Dangerously, which aired on the National Geographic channel in 2016; and her latest episode of Global Weirding discusses climate change in the context of the COVID-19 virus, a theme she also tweets about regularly.

In 2019, UNEP recognized Katharine Hayhoe as a Champion of the Earth for Science and Innovation.

Be part of the solution

“We’re in business to save our home planet.” This is the battle cry at Patagonia, the outdoor clothing brand founded by avid sportsman and rock climber, Yvon Chouinard, almost 50 years ago. Having observed the extent to which nature had already been destroyed, Chouinard was determined that his own company must adhere to a principle of no harm.

Fundamentally, this has meant creating high-quality products, designed to last. Because, explains Lisa Pike Sheehy, Patagonia’s Vice-President of Environmental Activism, “one of the most effective things you can do for the climate is to keep your clothing for longer.”

Beyond its commitment to impact-neutrality, however, the company is proactive in finding solutions to environmental challenges. In the 1980s, it adopted a self-imposed tax to generate funds for grassroots organizations working on environmental issues. It works with its customers to repair and reuse or recycle their old clothing items; and allows employees to leave work for up to two months–with full pay–to work for non-profit organizations on an environmental issue that they care about. The company continues to set aside one per cent of every sale and, to date, has donated more than US$100 million to non-government organizations. Sheehy is emphatic: “The climate crisis is real. It is here, and it needs solutions that match the urgency of the situation.”

In 2019, UNEP recognized Patagonia as a Champion of the Earth for Entrepreneurial Vision.

“I think everybody has a dream to become a hero and change the world,” says Di Xu. “But they cannot achieve this dream in daily life.” Xu is the Head of the Aliplay Ant Forest project, a project that turns regular people into a community of green heroes.

Users of the app are encouraged to adopt low-carbon activities in their daily lives–like walking, riding bicycles or using public transportation instead of driving. When they do, they earn virtual credits that are then used to engage non-governmental organizations and fund the planting of trees.

Xu explains that the name of the app, Ant Forest, is a precise reflection of its value: ants are very small in comparison to forests. And the power of an individual is limited, but when individuals collaborate, they can do great things. They can create forests! To date, Ant Forest has brought together 500 million people, planted more than 120 million trees and mitigated the impact of over 7 million tonnes of carbon.

In 2019, UNEP recognized Ant Forest as a Champion of the Earth for Inspiration and Action.

Become the leader you wish existed

“Nowhere have I found anyone in power who dares to tell it like it is,” says Greta Thunberg. Thunberg is now 17 years old, but she drew global attention when she was just 15. Frustrated by the lack of action on climate change, she sat in front of the Swedish parliament, every school day for three weeks, sharing her personal protest on social media.

In September 2018, she announced that she would continue striking every Friday until Swedish policies provided a plan for keeping the global temperatures within 2°C of pre-industrial levels. In doing so, Thunberg has inspired young people all over the world, who continue to strike as part of the Fridays for Futuremovement.

Explains one supporter, “It is our future at risk and the politicians who will probably not be alive when we will be adults are the same politicians who aren’t doing anything.” Fridays for Future is believed to have inspired some of the largest climate strikes in world history and continues to motivate activists of all ages: “People ask me what I am going to be when I grow up. And I ask them, why do I have to grow up to be somebody?”

In 2019, UNEP recognized Fridays for Future as a Champion of the Earth for Inspiration and Action.

“You could say that Costa Rica is so small that no matter what they do, it won’t have an impact on global emissions… But what is done in Costa Rica proves that it is possible.”  President of the Republic of Costa Rica, Carlos Alvarado Qesada speaks on behalf of a country with remarkable ambition.

Costa Rica is moving toward carbon neutrality faster than many other countries and has pledged to achieve zero net emissions by 2050.  If this seems unlikely, one might consider its track record. Fifty years ago, it had identified conservation as a priority and today, more than half of the country’s territories are under some degree of protection.

Since the 1980s, Costa Rica has effectively reversed the effects of deforestation, achieving forest coverage of over 52 per cent. Eco-tourism has provided a source of economic growth and 99.5 per cent of the energy it uses is from clean and renewable sources.

Noting that many of these initiatives began decades ago, the President acknowledges that, “It is a great responsibility to be consistent with this legacy and keep moving forward–and not by doing more of the same… We must do more.”

In 2019, UNEP recognized Costa Rica as a Champion of the Earth for Policy Leadership.

Champions of the Earth is the United Nation’s flagship global environmental award. It was established by the United Nations Environment Programme in 2005 to celebrate outstanding figures from the public and private sectors and from civil society whose actions have had a transformative positive impact on the environment. 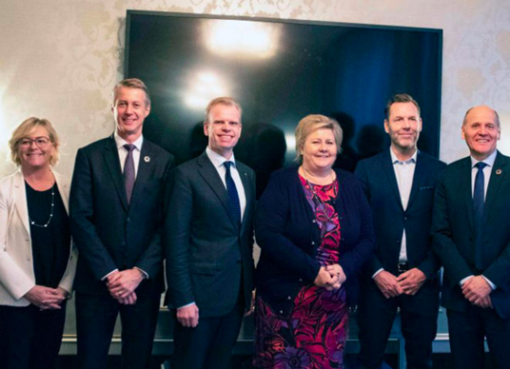 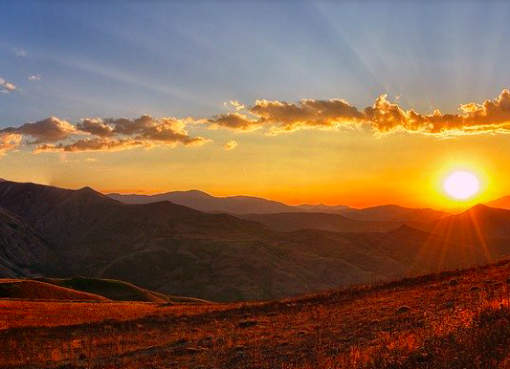 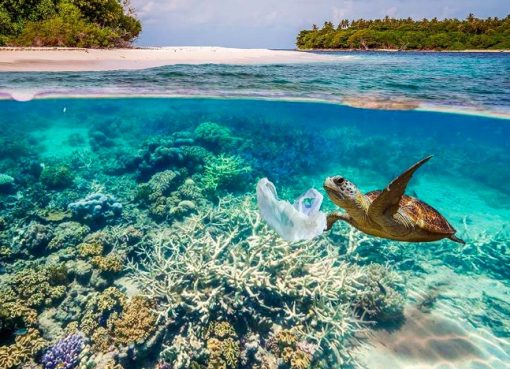