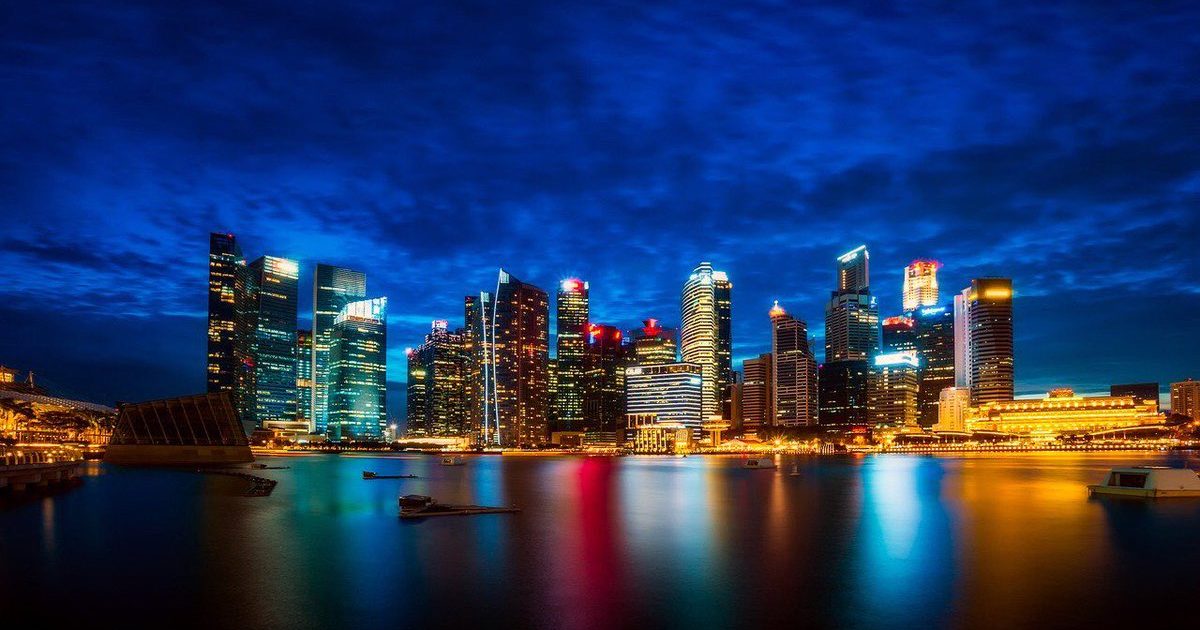 Digital revolution and market forces poised to drive economic transformation away from fossil fuels, but not without the right policy mix and bold climate leadership.

SAN FRANCISCO, Sept 13 – A report published Thursday shows the potential for all sectors of global economy – energy, food and agriculture, industry, buildings and transport – to halve greenhouse gas emissions by around 2030. Stronger policies, the digital revolution and greater climate leadership are necessary to accelerate the economic transformation, say the authors.

The report, launched by Christiana Figueres and global sustainability researcher Johan Rockström, to open the Global Climate Action Summit in San Francisco, concludes that the energy transformation in the next decade could occur much faster than many forecasts as the price of renewables drops low enough to outcompete fossil fuels. But keeping up the pace will require sharper policies to push out fossil fuels. Other sectors, however, are off track.

The digital revolution remains a wildcard, says the report. Technology can directly influence 30% of the emissions cuts needed by about 2030, and indirectly affect the rest through influencing consumer habits, scaling up a sharing economy and supporting business transformation to a circular economy.

Greenhouse gas emissions must fall sharply to stabilise climate well below 2°C and aim for 1.5°C as agreed by nations in Paris in 2015. Emissions peaking in 2020 and approximately halving by about 2030 is consistent with the Paris Agreement’s aim.

“Right now, it is easier to imagine a global climate catastrophe than a rapid economic transformation, yet the next decade could see the fastest energy transition in history,” says co-lead author Owen Gaffney from Future Earth and the Stockholm Resilience Centre.

“People underestimate the power of exponential growth. In Norway, electric cars went from 6% of new sales to 47% in five years. If renewables keep doubling every five or six years, as they have for a decade or more, they will push out fossil fuels much faster than most forecasts. But not without stronger policies,” he added.

The authors argue that the digital revolution is already driving an economic transformation.

“How this revolution is directed could make or break international climate targets. The tech sector can influence whether we live on a 1.5-2°C planet or on a +3°C world,” says Johan Falk co-lead author from Future Earth and the Stockholm Resilience Centre.

“Technology will not solve the climate challenge alone. The key is to reach a critical mass of companies, cities, nations, industries and citizens that are contributing to the Paris Agreement and show how attractive this is – this will create the snowball effect we need to scale solutions”, says Falk.

The roadmap identifies the accelerators in terms of climate leadership, policy and technology required to scale 30 solutions and concludes that a set of game-changing strategies in the next 18 months are needed to keep up an appropriately fast pace.

The report highlights that many companies can cut their own emissions faster than 50% every decade – and influence their suppliers to do the same. The next frontier is how companies can influence the consumers of their products and services to support low-carbon operations and lifestyles.

“To win the fight against climate change, we need to constantly push beyond what conventional wisdom tells us is possible. The digital revolution is one of the most powerful tools at our disposal. Now, to realise the full potential, we need leadership and action: by policy makers, business leaders and all of us”, says Mikko Kosonen, President of the Finnish Innovation Fund Sitra who produced the report together with Future Earth with WWF, Ericsson and Stockholm Resilience Centre and others.

“Disruption is here. Three unstoppable forces are pushing us towards a future of prosperity, growth and clean energy: climate leadership, market forces and the digital revolution,” says former UN climate head Christiana Figueres, convenor of Mission 2020, a partner in the report.

The report launch comes after months of unprecedented heat waves, droughts and flooding across the planet that have been linked to human-induced climate change that show even moderate warming can cause global-scale disruption. New research published in August 2018 shows the risks of crossing the 2°C threshold could be more severe than scientists previously realised.

The roadmap will be available as a ready-to-use digital dashboard. It is intended to be used in the future by companies, cities and countries to align their efforts with the Paris climate targets. The dashboard has been developed for the Swedish government to support its stated ambition to become carbon neutral by 2045.

“As a sustainability pioneer in the private-sector, we have been both an advocate of climate action and investing in research and development of climate solutions. We understand the urgency for action. We believe leveraging new technology, such as digitalization and 5G, will be fundamental to reduce carbon emissions by half every decade, meeting the Carbon Law. As a company, we have cut our own emissions by 50% and are working to meet further reduction targets. We have demonstrated solutions that help make it possible and now other companies and policy-makers must join the quest for broader adoption of solutions to enable exponential reduction of carbon emissions globally.” Börje Ekholm, CEO, Ericsson

“Leaders from cities, investors and corporates are forming alliances for climate action to inspire governments and peers to step up their efforts to reduce emissions. These include setting ambitious targets based on science, implementing these through increased entrepreneurship, and accelerating high impact innovation. We must do this if we are to have a future where people can live in harmony with nature.” Manuel Pulgar-Vidal, leader of WWF’s global climate and energy programme

“The world has crossed a Rubicon where incremental change is no longer adequate to address climate change. Fortunately, research and innovation have given us what we need – save time – to tackle the climate crisis. This roadmap shows how business, politicians and civic groups can leverage this knowledge to scale up progress exponentially. We’ve got the knowledge and the tools. And we increasingly, we have the economics behind us. Now we just need the drive to accelerate forward.” Amy Luers, Executive Director, Future Earth

“The world is at a critical juncture and the stakes could not be higher. Greenhouse gas emissions need to peak by 2020 and then fall dramatically – approximately halving every decade in order to reach the Paris Agreement’s terms. The consequences of missing this goal are potentially catastrophic for humanity. Yet all solutions exist to begin halving emissions immediately. Now is the moment to move from incremental to exponential action.” Johan Rockström, Stockholm Resilience Centre, co-chair Future Earth, incoming co-director Potsdam Institute for Climate Impact Research

Background – The report is a collaboration between Future Earth, the Finnish Innovation Fund Sitra, the Stockholm Resilience Centre, Mission 2020, WWF, Ericsson, Internet of Planet and supporting partners Telia Company, Project Drawdown, KTH Royal Institute of Technology, Fossil-free Sweden, MapLauncher, Swedish Energy Agency and Storythings. It supports the Step Up Declaration being launched at the summit and Entrepreneurs Declaration launched in advance of the summit.

The roadmap is based on the Carbon Law – a scientific paper published in 2017 that shows that halving carbon dioxide emissions every decade to 2050 is consistent with the Paris Agreement’s aim to keep global average temperatures well below +2°C and aim for +1.5°C. An international team of experts from research, technology, and NGOs synthesised over 60 reports and academic analyses assessing scenarios related to very low greenhouse gas emissions.

The full report is available at www.exponentialroadmap.org 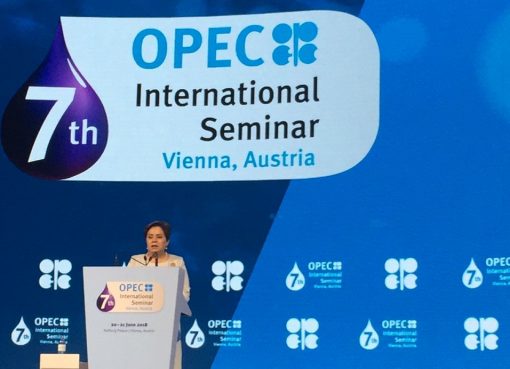 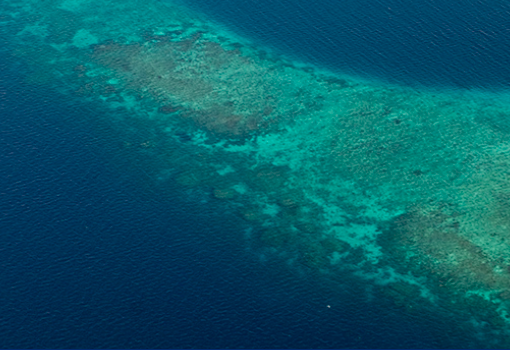 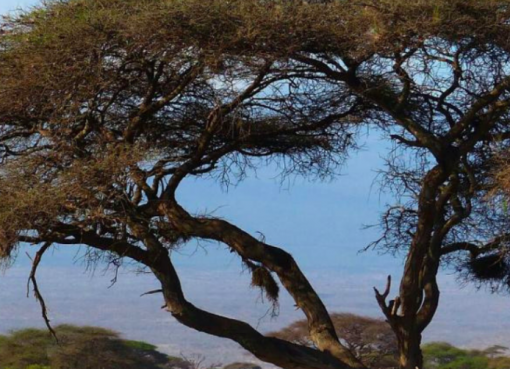