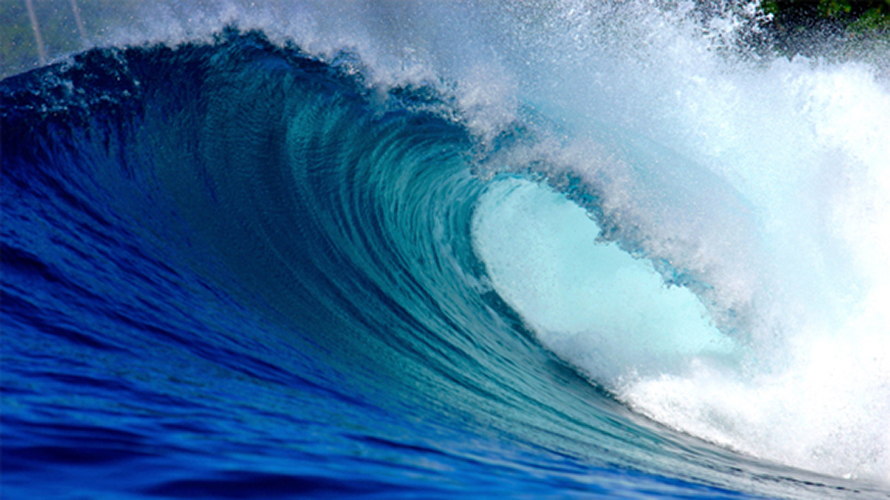 Wave and tidal energy harvesting has been around for a few decades. However, it has only been in recent years that it has started to become more realistic due to advance in research and technology.

Wave and tidal-energy systems harness natural oceanic flows to generate electricity. A variety of companies, utilities, universities and governments are working to realize the promise of consistent and predictable ocean energy, which currently accounts for a fraction of global electricity generation.

What are some examples of Wave Energy Devices?

The following are examples of devices that have been invented to harvest energy from waves and sea currents. They do not represent a complete list but they are divided into three main categories: on shore, off shore, and near shore. Each type has its own benefits and drawbacks covering issues such as efficiency, cost per Watt, environmental and social impact.

This method uses waves to compress air in a closed chamber to generate wind which flows through a turbine. Wind is created both when the wave proceeds and recedes from the chamber. A special turbine is designed to spin in one direction regardless of the wind direction. This significantly increases the efficiency of the power generation process. 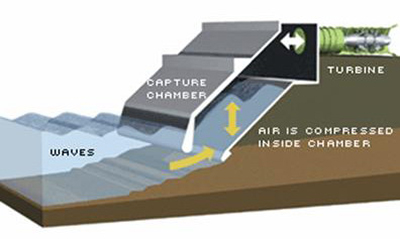 This method works much the same way as wind turbines. However, since water is four times denser than air, the tidal turbine can be much smaller to generate the same amount of energy. The ideal water current is between 2-2.5 m/s, which is usually at depths of 20-30m within 1 km from the shore. A commercial scale turbine can produce 300 kWatts but this can scale up depending on the farm’s size.

What are the Advantages of wave and tidal energy?

The appeal of wave and tidal energy is its constancy. No energy storage is required and while communities often resist the presence of wind turbines along ridges or shorelines for violating viewsheds, the idea of underwater, out-of-sight wave and tidal systems has proven to be more acceptable to coastal citizens.

Where are the key locations?

The following shows a snapshot of wave height from around the world. Although the weather and other factors can influence the measurements, the maps show a rough idea of wave activities expected in each region. 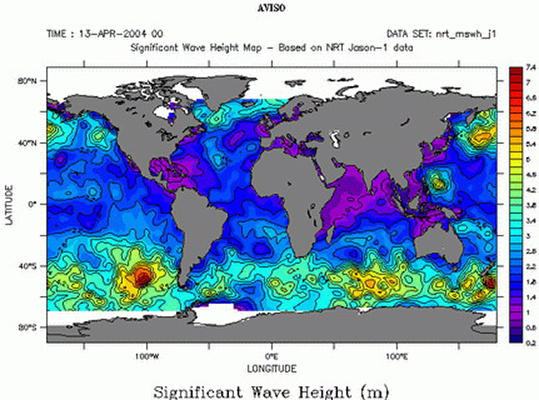 What is its impact?

In the UK alone The Government estimates that wave & tidal stream energy combined has the potential to deliver around 20 per cent of the UK’s current electricity needs which equates to an installed capacity of around 30 – 50GW.

Proponents believe wave power could provide up to 25 percent of U.S. electricity and 30 percent or more in Australia. In Scotland that number be upwards of 70 percent.

On a global scale there are not many projections of wave and tidal energy to 2050. Building on those few, we estimate that wave and tidal energy can grow from 0.004 percent of global energy production to .28 percent by 2050. The result: reducing carbon dioxide emissions by 9.2 gigatons over thirty years. Cost to implement would be $412 billion, with net losses of $1 trillion over three decades, but the investment would pave the way for longer-term expansion and emissions reductions.

Above Video Explanation – A massive renewable energy project could change the seascape of the Welsh city of Swansea in coming years. The plan is to encase the city’s lagoon in a horseshoe shaped causeway that will serve as a giant tidal generator. The four year project is massive but if its approved would create a long-term reliable source of clean energy.

Wave and tidal energy is currently the most expensive of all renewables, and with the price of wind and solar dropping rapidly, that gap will likely widen. However, as this technology evolves and policy comes into place to support implementation, marine renewables may follow a similar path, attracting private capital investment and the interest of large companies, like Alstom, General Electric and Siemens. On a trajectory like that, wave and tidal energy could also become cost competitive with fossil fuels. 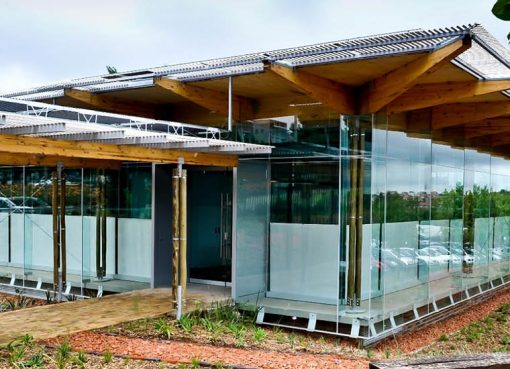 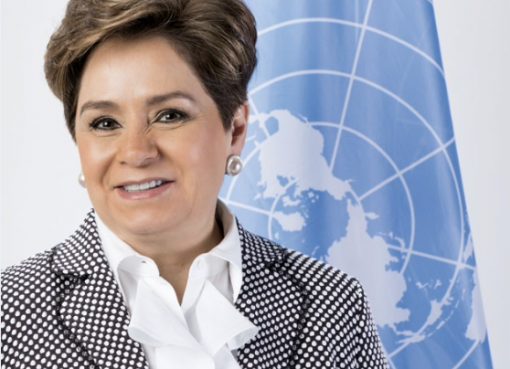 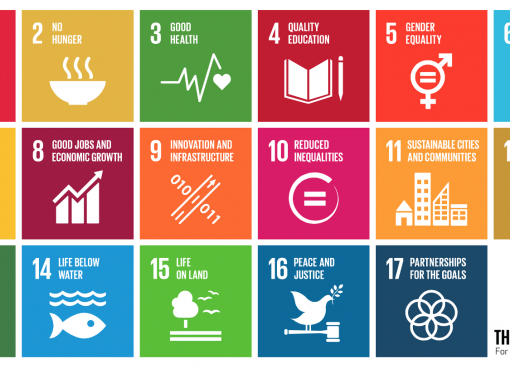 The Business Case to Support the Sustainable Development Goals (SDGs)