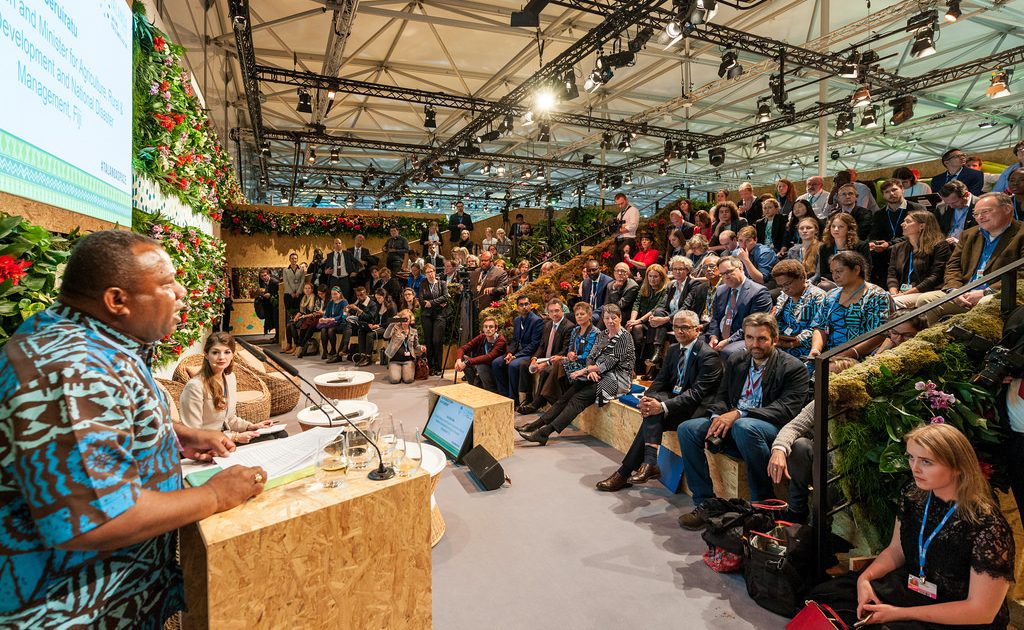 UN Climate Change News, Bonn, Nov 17 – As the UN Climate Change Conference comes down to the last day and governments work to complete the final negotiation decisions, it’s good to be reminded of the new wave of climate action that has been announced during COP 23 from countries, cities, states, regions, business and civil society.

The common message from all sides at this conference has been that action to get on track towards the objectives of the Paris Climate Change Agreement and to ultimately achieve the 2030 Agenda Sustainable Development Goals is urgent, time is really running out and everyone simply must do much better together to drive climate action further and faster ahead now.

Above all, this means rapidly raising the current global ambition to act on climate change that is captured in the full set of national climate action plans (NDCs) which sit at the heart of the Agreement.

The following list includes announcements made during Cop23 to drive us further, faster and together to this destination.

Major announcements included funds to support the poorest and most vulnerable, whose plight has been brought into sharp perspective by this year’s extreme weather With so many climate action pledges and initiatives from across government, business and civil society, there is a growing need to coordinate effort to ensure that every cent invested and every minute of work contributed results in a much greater impact than each acting separately.