To mark World Environment Day, a vast and unlikely alliance of investors, activists, cities and corporates is gathering virtually for the launch of Race to Zero, the global campaign to mobilise leadership and support for a healthy, resilient, zero carbon recovery which creates well-paying jobs, unlocks inclusive, sustainable growth and prevents future threats.

The campaign – under the stewardship of Nigel Topping and Gonzalo Muñoz, the UN High Level Climate Champions for the UK and Chile – will rally ‘real economy’ leaders to join the largest ever coalition of businesses, investors, cities and regions  committed to the same overarching goal: achieving net zero emissions by 2050 at the very latest, in line with the scientific consensus on limiting warming to 1.5 degrees Celsius.

Already covering 23% CO2 emissions and 53% of GDP and sounding the drumbeat to COP26, the campaign aims to drive a new growth and innovation agenda in support of a healthier, more inclusive and resilient economy. To maintain quality control, Oxford University has set out minimum criteria for robust Race to Zero targets, published today.

Prioritising climate change in the economic recovery has the support of over two-thirds of people worldwide. Moreover, low carbon stimulus can spur economic recovery and job creation as effectively as—or better than—environmentally neutral or harmful programs, as new research by McKinsey shows. The magnitude of stimulus packages, in the region of £10-20 trillion, will shape the economy for the next decade.

The campaign is also working to define the most effective pathways to zero emission for key sectors such as energy, transport, industry, food, retail and finance – in a bid to mass mobilize the number of companies and cities committed to net zero by at least 2050 and reach key economic tipping points faster. The new pathways will drive coordinated action by investors, businesses, policymakers, and NGOs.

COP25 President Carolina Schmidt said: “In September 2019 we launched the Climate Ambition Alliance to commit states and non-state actors to carbon neutrality by 2050 as science asks us, in order to achieve the goal of 1.5°C. Today we applaud the Race To Zero campaign, which was born from this Alliance, and which invites non-state actors to continue joining to take on this enormous challenge we have as humanity. Despite the health crisis, climate action must continue at all levels.”

UN Climate Change Executive Secretary Patricia Espinosa added: “Race to Zero must help spur strong enhanced national climate action plans—or NDCs—due this year. Race to Zero is both a campaign for the future and today. That’s why all members are demonstrating how they’re already in the race to zero, by publishing immediate plans by COP26 and setting interim targets in 2025 and 2030.” 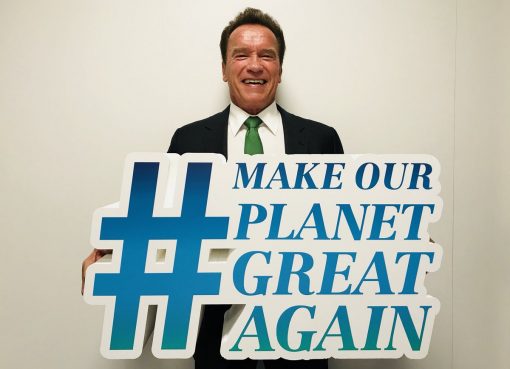