Home > G7 Summit > Catching up with the G7 Sherpa 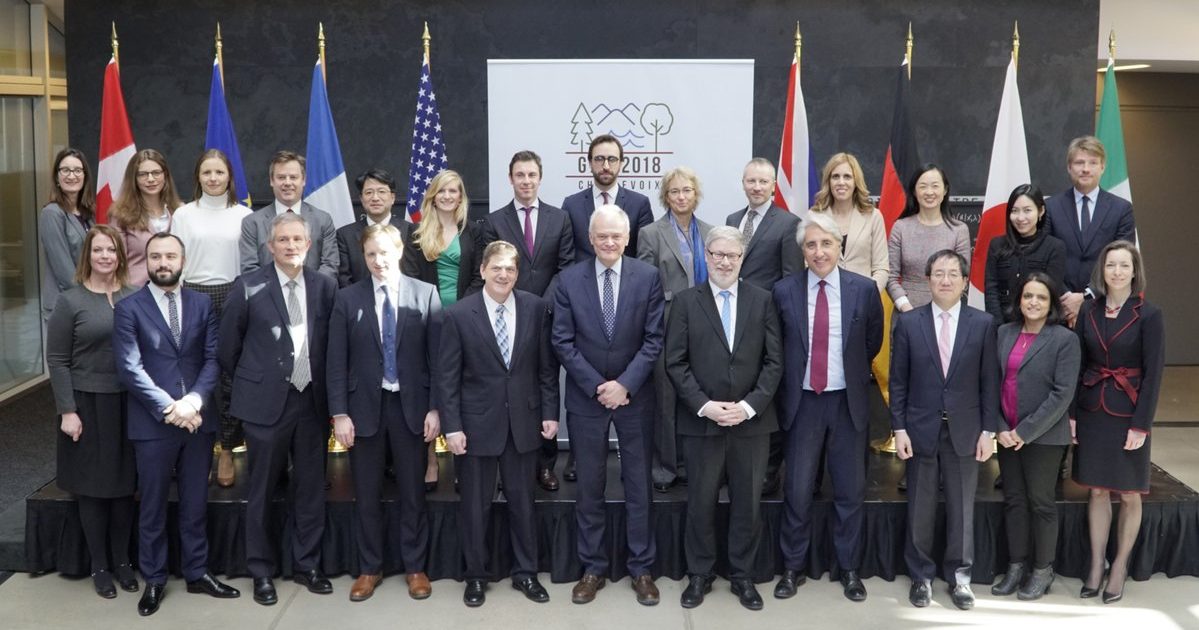 The G7 Summit is now just over 50 days away, which means Canada is in its final preparation stage before member countries descend upon Charlevoix, Quebec for the two-day event.

Among those ensuring every last security detail is in place, budgets are confirmed, and session logistics are properly communicated, is this year’s G7 Sherpa and Deputy Minister Peter Boehm. This isn’t his first time donning the title – Boehm also served as Sherpa for the 2013 G8 Summit in Northern Ireland (before Russia’s expulsion from the group) as well as for the 2016 Nuclear Security Summit. In his previous role, he sat as Deputy Minister of International Development.

“If you’ve got experience in various areas, it’s a little bit easier to negotiate and to take issues forward. And also, quite frankly, to advise the prime minister,” said the veteran diplomat.

On top of standard bureaucratic responsibilities, Boehm plays a vital role advising the Prime Minister and other cabinet ministers on the key themes of this year’s meeting —economic growth, gender equality, peace and security, jobs of the future, and climate change — as set out last December. As with previous G7 gatherings, growth and productivity will be at the top of the agenda.

Boehm noted that each discussion will be framed through a gender-based lens, similar to the strategy behind Budget 2018.

“The big thing that is knitting this all together, the transversal theme, is gender equality and women’s empowerment. And that’s why the prime minister also called into being a Gender Equality Advisory Council that advises not the G7 but us in the presidency,” said Boehm.

The Council has an impressive roster, with co-chair of the Bill and Melinda Gates Foundation, Melinda Gates and Ambassador of Canada to France and Monaco, Isabelle Hudon at the helm.

Since taking power, women’s issues have been at the forefront of political discourse for this government, with some arguing the Liberal’s feminist talking points aren’t being matched with sufficient action. Nevertheless, the G7 will be an extension of their modus operandi.

Canada falls behind almost all of its fellow G7 members with regards to one major gender-based issue: the wage gap. According to 2016 OECD data, Canada is second to last, beside Japan, in this context. Boehm was quick to note that ministers from across departments have and will continue to address the issue at their respective meetings.

“I think it’s a matter of bringing all of these different components together to have the dialogue and discuss how it can be advanced,” he said. “The G7 is not just a static series of meetings. We have taken some of the Italian legacy of last year, and so too we’re going to pass on to France for 2019 a lot of what we’ve learned and discussed here.”

Another big topic that will presumably consume much of the conversation at the Summit is the future of work and the role of disruptive technologies in the workplace.

It’s an issue that seemingly can’t be avoided in any sector. At the Public Policy Forum’s third annual Growth Summit this week, business executives, technology leaders, and politicians discussed things like artificial intelligence, the changing workforce, and innovative technologies.

In a recent speech at the G7 Symposium on Innovation and Inclusive Growth, Senior Deputy Governor of the Bank of Canada, Carolyn Wilkins urged the government to make these issues a priority at the upcoming Summit.

“Do we choose to stay on the same road and repeat the past? Or do we apply fresh thinking to policy and choose a new road where innovation delivers even stronger and more-inclusive growth?” she said. “Canada’s priority as G7 host is to find ways to embrace technological progress while handling the challenges of digitalization and automation.”

Boehm agrees. He reinforced that it’s about looking at economic growth that “works for everyone,” and taking into account the impact of technology in conducting business. This was top of list at the “Labour 7” meetings last week, when the Canadian Labour Congress hosted its counterparts in Ottawa.

It’s a lot to get through, but Boehm will help carry the load — after all, isn’t that the role of a Sherpa?

“On Twitter I’m actually followed by some real Sherpas, like really fit young men with sunglasses with Everest or K2 behind them,” he said. “The analogy developed in the 1970’s with the G7, that the personal representative of the president or of the prime minister became ‘Sherpa’, in short. The Sherpa helps the leader get to the Summit.”

To view the original article from iPolitics, please click here. 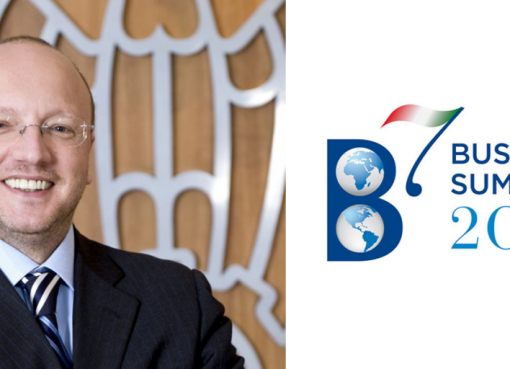