Home > cctne > Can Business Save the World from Climate Change? 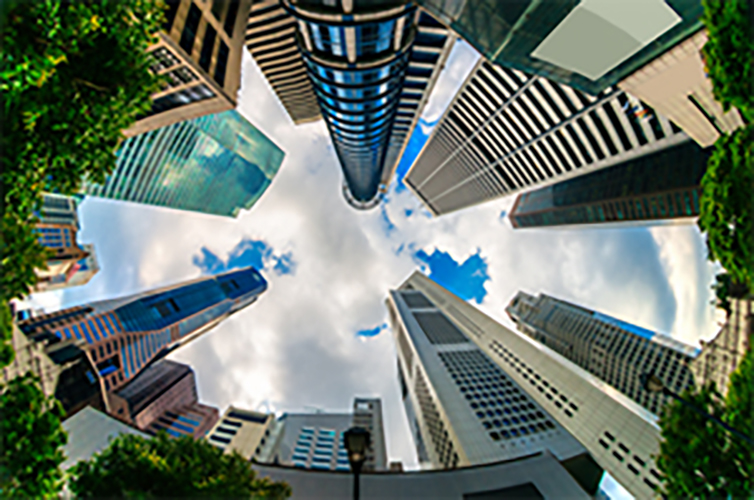 August 15, 2017 — “We are still in.” On June 5, 2017, with these four words a group of U.S. businesses and investors with a combined annual revenue of US$1.4 trillion sent a powerful message to the world: U.S. president Donald Trump may have withdrawn from the Paris agreement on climate change four days earlier, but corporate America was not following suit.

“We Are Still In” launched with more than 20 Fortune 500 companies on board, including Google, Apple, Nike and Microsoft, as well as a host of smaller companies. The statement was coordinated by a large collective of organizations including World Wildlife Fund, Rocky Mountain Institute, Climate Mayors, Ceres and Bloomberg Philanthropies. It has now grown to include more than 1,500 businesses and investors, as well as nine U.S. states, more than 200 cities and counties, and more than 300 colleges and universities.

“The simple answer is there’s no saving the world without business, but business can’t do it on its own,” says Nigel Topping, CEO of We Mean Business. “The reason we need these kinds of coalitions is so that both business leaders and political leaders hear loud and clear that actually the majority of businesses understand that we’ve got to change, and actually are on board and already in motion.”

We Mean Business is a global coalition of many of the same NGOs that initiated We Are Still In — CDP (formerly the Carbon Disclosure Project), The B Team, The Climate Group, and others — and the two initiatives are closely connected. We Mean Business’s role is to provide a framework for corporate commitments on climate change and a platform from which to make those commitments public.

One such commitment is to adopt science-based greenhouse gas emissions targets. This is where Science Based Targets comes in. This global collaboration among CDP, World Resources Institute, the World Wide Fund and the United Nations Global Compact encourages and helps corporations to align their climate change policies with scientific evidence.

“What we could observe is a majority of companies were setting targets, but at least from a CDP perspective, we had many challenges to understand what targets were best,” says Pedro Faria, technical director of CDP and member of the Science Based Targets steering committee. “Talking with companies and other NGOs, we realized there was no method, so companies were setting targets based on what was feasible and not what was needed.”

“It has been extremely important to just make people aware of this concept: Set your ambition according to what the best available science tells you.” –Pedro Faria

Science Based Targets helps companies determine what actions they need to take to contribute meaningfully to the global target of remaining below 2 °C (3.6 °F) warming, a level above which experts say irreversible changes become locked in. These actions will vary across industries, so targets must be tailored to individual companies while still meeting global needs. Nearly 300 companies have signed on from every continent except Antarctica.

“It has been extremely important to just make people aware of this concept: Set your ambition according to what the best available science tells you,” Faria says. “Our mission is to make science-based targets a new norm.” Sixty-two companies have now set approved science-based targets for emissions reductions. For example, Coca-Cola HBC — a leading bottler of The Coca-Cola Company — has committed to a science-based target of reducing its emissions by 50 percent per liter of drink by 2020.

Another corporate commitment We Mean Business advocates is the goal of 100 percent renewable power. More than 100 companies, including Ikea, Walmart, Nestle and Unilever have committed to this, but in a complex energy market like that in the U.S., buying this much renewable energy isn’t always easy. So in May 2016, Business for Social Responsibility, the Rocky Mountain Institute, the World Resources Institute and World Wildlife Fund started the Renewable Energy Buyers Alliance, or REBA, which helps steer corporations through the energy market maze. The end goal is facilitating the deployment of 60 gigawatts of new renewable energy in the U.S. corporate sector by 2025.

The alliance first made its mark with the World Wildlife Fund and World Resources Institute’s Corporate Renewable Energy Buyers’ Principles, a set of six criteria developed in partnership with a group of large energy buyers to assist utilities in helping companies who want to buy renewable energy.

Microsoft has stated that it is committed to working with the network and new partners to bring more renewable energy onto the grid.

But more was needed, says Lily Donge, a principal at the Rocky Mountain Institute. “We realized that the buyers need a trusted space to learn about renewable energy and also find ways to interact with each other and the service providers on the sale side in a more transparent and seamless fashion.” Thus was born the Business Renewables Center, which Donge heads. The center convenes, educates and assists corporations around purchasing off-site, large-scale wind and solar energy. It also hopes to facilitate collective buying, although that aspect is still in development. Donge envisages a scenario in which a city — for example, Seattle — its universities, its utilities and a locally based company such as Microsoft might come together to pool their renewable energy buying power. As one of the first to join the REBA network, Microsoft has stated that it is committed to working with the network and new partners to bring more renewable energy onto the grid. It is just one of the 60 percent of Fortune 100 companies that have now set emissions reductions targets or committed to clean energy.

If We Are Still In is the sentiment, We Mean Business is the statement of intent, and initiatives such as Science Based Targets and the Renewable Energy Buyers Alliance are the enablers of action, then America’s Pledge will be the scorekeeper.

Launched on July 12, America’s Pledge will compile and quantify the steps taken by businesses, cities, states and others to address climate change.

Looking across these initiatives, it’s clear which industries are leading the pack. “If you’re one of the IT majors and you haven’t committed to 100 percent renewable electricity, you’re a laggard, you’re a dinosaur, and you really start to stand out,” Topping says. But other industries face more existential challenges around climate change action, particularly in the fossil fuel space.

“While many of the oil majors are publicly supportive of climate action and the Paris agreement, some of them are still proposing future energy and emissions scenarios in which there are very high levels of carbon capture and storage deployment — levels way higher than the current level of investment suggests is plausible,” Topping says.

“There’s no sector where there’s a sectoral climate denial or sectoral resistance to Paris.” –Nigel Topping

But even those industries are publicly engaged. The Climate Leadership Council, which launched June 20, features big oil companies BP, ExxonMobil, Shell and Total among its founding corporate members.

“There’s no sector where there’s a sectoral climate denial or sectoral resistance to Paris,” Topping says. “It’s just a question of what is the economic pathway of survival.”

WWF’s senior vice president of Climate Change and Energy Lou Leonard says the challenge ahead for all these initiatives and collaborations is to continue to demonstrate the credibility of the voice of these sub-national actors to the rest of the world, particularly in the lead-up to 2020 when all countries are supposed to return to the table with even more stringent targets than were committed to in 2016, in accordance with the Paris agreement.

“There’s going to have to be a continual injection of confidence and support from non-state actors and sub-nationals in the U.S. if you want those countries to keep [working toward goals],” he says. “This is where the future is, this is where we are going, and we want the rest of the world to know it.”