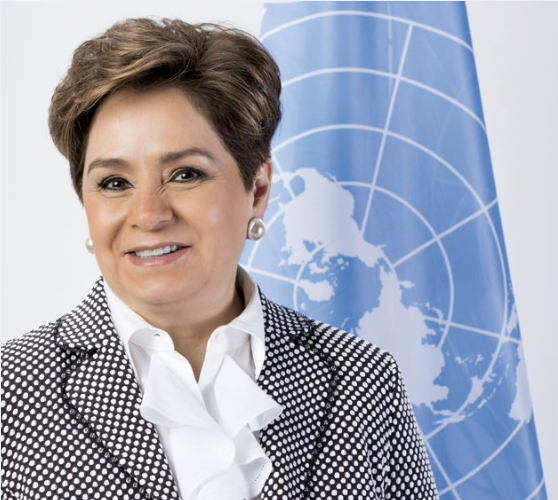 A year ago, one year into the Covid-19 pandemic, we faced a long winter, with the knowledge that COP26 would be delayed by a year. Nevertheless, we said

that it was an opportunity for nations to continue to build climate ambition, to come through on their financial commitments, to submit their NDCs on time, and to make progress on items that continued to divide nations.

Close to one year later, the results are clearly mixed.

We have seen momentum by nations. We saw the return of the United States to the Paris Agreement, progress on the European Green Deal, and the submission of many new or updated NDCs.

We held climate dialogues, Subsidiary Body and committee meetings and had many positive discussions with nations about progress in 2021.

Our Race to Zero campaign continued to grow, our work with Non-Party Stakeholders grew, and the UK Presidency has clearly indicated COP26 is both important and a priority.

Yet progress was hard to find in other areas. The climate emergency again led to death and destruction throughout the world. Least Developed Nations continue to be unduly impacted, despite contributing very little to overall emissions.

The IPCC Report, released in early August, showed that unless there are rapid, sustained and large-scale reductions of greenhouse gas emissions, the Paris Agreement goal of limiting global warming to 1.5C will

be increasingly difficult to reach unless we act immediately to reduce greenhouse gas emissions globally.

The NDC Synthesis Report, an assessment of all national climate action plans, showed that under our current path temperatures could rise to 2.7C, which will have devastating results for humanity.

The two reports paint a sobering picture. But look beyond the surface and a second and more encouraging story emerges.

Both reports indicate the 1.5C goal is still within reach but only — and this is the focus of our discussions today — only if action is taken now.

That’s why COP26 is so important.

Here are the four key priorities heading into the COP.

First, it’s vital that parties fulfil their pre-2020 commitments. Doing so will be a key factor in the ultimate success of our deliberations.

No issue is perhaps more significant — especially to all of you, and understandably so — than the provision of financial support to developing countries, especially in relation to the goal of mobilizing USD 100 billion annually by 2020. That pledge was made over 10 years ago. It’s time to deliver.

And of course, we continue to call upon all nations to submit more ambitious and higher-quality NDCs.

The relevant discussion at COP 26, informed by our most recent Synthesis Report, MUST provide a positive signal that the world is determined to transition towards a low-carbon future.

It’s also time to wrap up outstanding negotiations and actually implement the Paris Agreement. And that includes resolving the complicated issues around Article 6 rules, to finally enable market and non- market tools to launch their operations.

We cannot keep pushing this from COP to COP. It’s time for bold and courageous decisions by Parties on this issue as well as several others.

They must also advance work in areas related to adaptation, resilience, and loss and damage.

The Paris Agreement established a global goal on adaptation. At COP 26, it’s important that Parties clarify the next steps towards making this goal operational.

COP 26 is also an opportunity to strengthen national adaptation plans, the main instrument for adaptation, which all LDCs have begun to formulate and implement.

The COP, for example, can request the Green Climate

FOREWORD 017 Fund to advance support for implementation of those

While this is important because it establishes a balance between mitigation and adaptation support, it can also be central to a successful COP overall.

Success also means countries committing to do much more on all key aspects of the climate agenda.
To avoid the worst impacts of climate change, we urgently need ambitious, rapid, deep and sustained emissions reductions globally.

That includes national climate action plans aligned with science, Long-Term Strategies that can get us to climate neutrality by 2050, and national adaptation plans to ensure resilience under the Paris Agreement’s temperature goals and beyond.

We particularly look to G20 nations, representing both developed and emerging economies, to lead by example. They are the main emitters responsible for 80 per cent of all global emissions and we cannot meet the 1.5-degree goal unless they pledge more decisive action — and do so rapidly.

We also continue to call for 50 per cent of the total share of climate finance provided by all developed countries and multilateral development banks to be allocated to adaptation and resilience.

That includes wider-ranging and comprehensive financial support for developing nations. On the private sector side, we call upon all businesses and investors to align their portfolios with the Paris Agreement and the Sustainable Development Goals — by 2024.

Finally, and perhaps most critically, success means ensuring that no voices remain unheard, nor viable proposals left on the table.

The power and influence of teams of cities, regions, businesses, investors, and educational institutions from all over the world have been remarkable. This is inclusive multilateralism at its finest – and remains fundamental to reaching our climate goals.

Success at COP 26 is critical for the world to get back on track – not just with respect to the 1.5C climate goal under the Paris Agreement – but to meeting our SDG goals as well.

There is no doubt that global leaders will face a significant agenda in Glasgow.

But billions around the world look to them to make the bold and courageous decisions necessary to finally implement the Paris Agreement, significantly boost climate ambition and ultimately get humanity off its current path of destruction.