Home > cctne > At climate summit in Washington, UN officials call to take action ‘to the next level’
admin May 10, 2016 cctne

The signing of the Paris Agreement on 22 April received overwhelming support from all regions of the world; never before had so many countries signed an international accord in one day.

Adopted in Paris by the 196 Parties to the UN Framework Convention on Climate Change (UNFCCC) at a conference known as COP21 last December, the Agreement’s objective is to limit global temperature rise to well below 2 degrees Celsius, and to strive for 1.5 degrees Celsius. It will enter into force 30 days after at least 55 countries, accounting for 55 per cent of global greenhouse gas emissions, deposit their instruments of ratification.

“Two of the world’s largest emitters – China and the United States – have pledged their continued commitment and collaboration,” Mr. Ban stressed, noting that leaders must turn the “promise of Paris” into action and implementation as soon as possible.

The UN chief also announced that in September, on the margins of the G20 meeting, he intends to co-convene a meeting in China similar to this one to further solidify coalitions.

Also speaking at the event, the President of the World Bank Group, Jim Yong Kim said there is no time waste.

“Political agreements are critical but they are just the beginning. We must regain the sense of urgency we all felt on the eve of COP21. Inaction means we will not meet our targets set in Paris, and the global temperature will soar above 2 degrees Celsius. That would spell disaster for us, for our children, and for the planet,” he warned.

Mr. Kim highlighted the World Bank Group’s Climate Action Plan, developed soon after the Paris agreement, which aims to increase its support in a range of areas – from water to crowded cities and from forests to agriculture.

“One part of our plan is to help countries put a price on carbon, which will create incentives for investments in renewable energy and in energy efficiency,” he explained. “In many parts of the world, we have seen the price of renewables like solar and wind falling fast – so fast that they are now competitive with fossil fuels. Private sector investments are pouring in. But we need to expand these breakthroughs and help countries establish the right policies that will drive down the cost of renewable energy even further.”

Over the course of two days, the Summit is expected to drive high-level engagement with “global luminaries” addressing plenary sessions on how to deliver on climate commitments and embed the transformation agenda across the globe in government, key sectors and among the general population.

To read the full story from the UN News Centre, please click here. 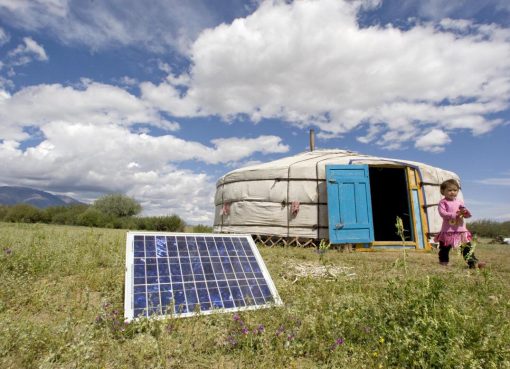