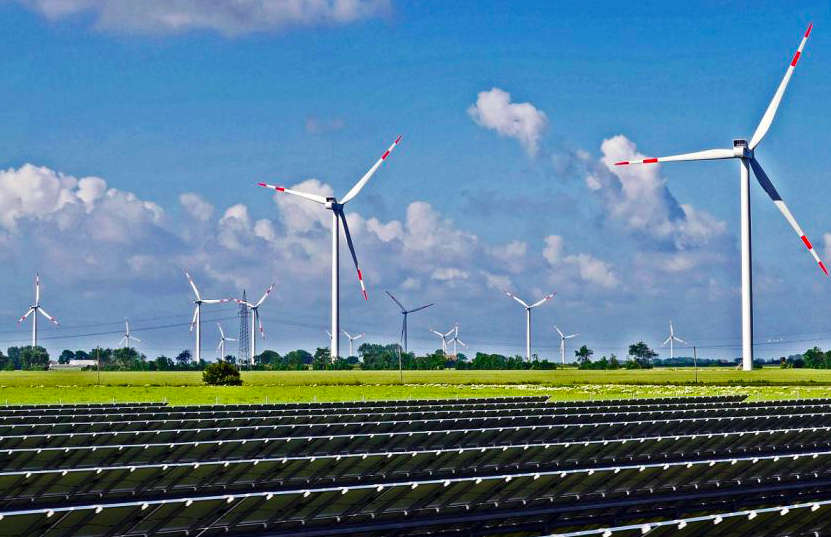 Erupting volcanoes, earthquakes, dust storms and meteorites smashing into the Earth’s crust are natural phenomena that can cause climate change and air pollution: dinosaurs may have met their end after a giant meteorite kicked up so much dust that it blocked out the sun for decades, reducing photosynthesis and preventing the growth of plants.

Adding to these potential threats, we have also been contributing to air pollution and global warming through our resource-intensive lifestyles. We’re producing and consuming more than ever before, and we’re generating more greenhouse gases as a result, as well as air pollutants in the form of chemicals and particulate matter, including “black carbon”.

Windmills
Switching to renewable sources of energy is an important part of the solution to both climate change and air pollution.

Although they may seem to be two very different issues, climate change and air pollution are closely interlinked, so by reducing air pollution we also protect the climate. Air pollutants include more than just greenhouse gases—principally carbon dioxide but also methane, nitrous oxide and others—but there’s a big overlap: the two often interact with each other.

For instance, air pollution in the form of particulate matter from diesel engines is circulated around the globe, ending up in the most remote places, including the polar regions. When it lands on ice and snow it darkens them slightly, leading to less sunlight being reflected back into space, and contributing to global warming. The slightly warmer temperatures encourage plants in the sub-Artic region to grow a tiny bit bigger, and as they grow through the snow they cast a shadow, which, when multiplied over millions of small plants, also has the effect of darkening the Earth’s surface, leading to further warming.

Hambach
In 2018 activists helped save the remaining part of Hambach forest in northern Germany in the face of plans to chop it down to expand a huge lignite mine. Forests store carbon, promote biodiversity and cleanse the air.
Meanwhile, we should continue cutting down on the release of long-lived greenhouse gases like carbon dioxide.

“When addressing air pollution, we also address a critical and easy-to-implement solution to climate change. Short-lived climate pollutants are negative in all senses, and we have proven technologies and policies to economically and immediately reduce air pollution,” says UN Environment climate change specialist Niklas Hagelberg.

A recent concern is trichlorofluoromethane, or CFC-11, which is to be phased out worldwide under the Montreal Protocol, the global agreement to protect the ozone layer. The industrial gas, used illegally, for example, in insulation material, also contributes to global warming.

Aerosols, the atmospheric pollutant with an effect on the climate

The October 2018 report by the Inter-governmental Panel on Climate Change (IPCC) highlights the importance of keeping global temperature rises to 1.5˚C below pre-industrial era levels. Urgent action is need over the next 12 years if there is to be any chance of achieving this target.

Aerosols may be of either natural or anthropogenic origin and can influence climate in several ways: “through both interactions that scatter and/or absorb radiation and through interactions with cloud microphysics and other cloud properties, or upon deposition on snow- or ice-covered surfaces thereby altering their albedo and contributing to climate feedback,” says the Panel’s report.

It defines aerosols as “a suspension of airborne solid or liquid particles, with a typical size between a few nanometres and 10 μm that reside in the atmosphere for at least several hours.”

The report defines air pollution as “degradation of air quality with negative effects on human health or the natural or built environment due to the introduction, by natural processes or human activity, into the atmosphere of substances (gases, aerosols) which have a direct (primary pollutants) or indirect (secondary pollutants) harmful effect.”

Air pollution is the theme for World Environment Day on 5 June 2019. The quality of the air we breathe depends on the lifestyle choices we make every day. Learn more about how air pollution affects you, and what is being done to clean the air. What are you doing to reduce your emissions footprint and #BeatAirPollution? 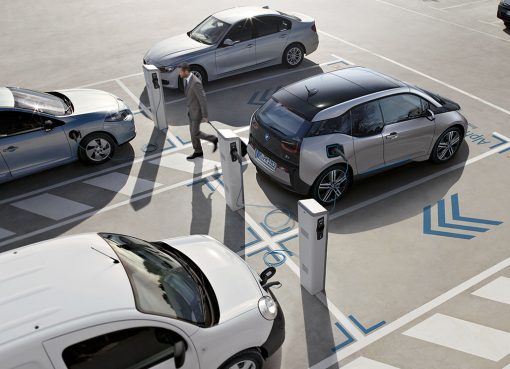