Home > climate change > The age of Sustainalism: a new growth model for the 21st century 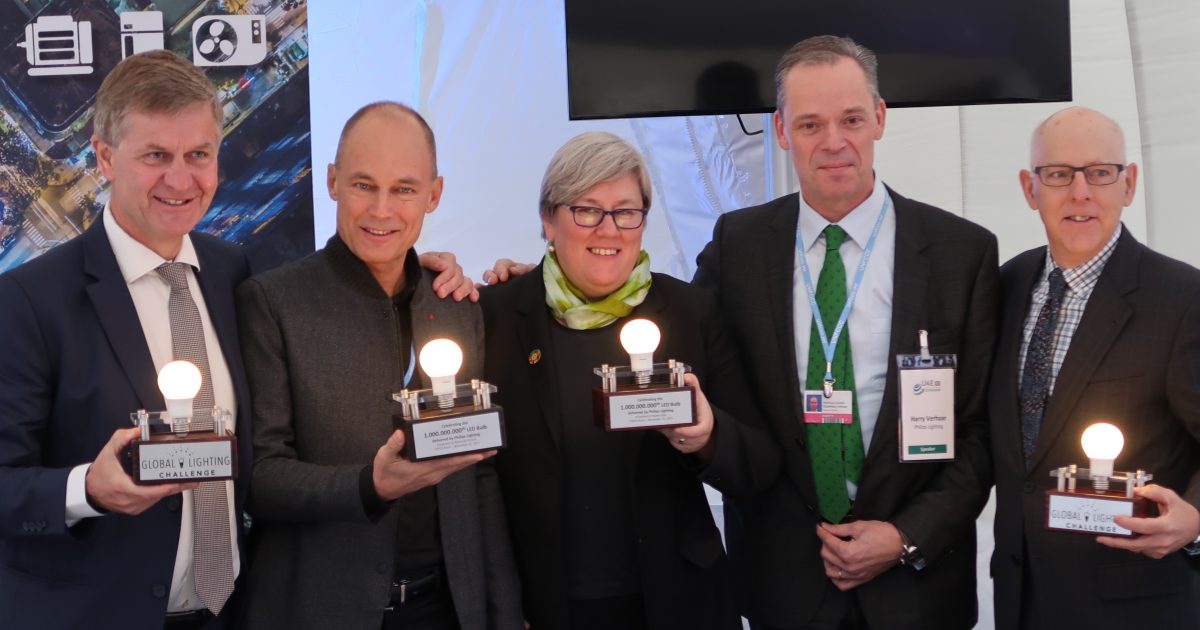 It is becoming ever more clear that the major global trends which are having the greatest impact on the world around us are not only increasingly intertwined, but are also becoming ever broader in their impact, affecting a greater number of regions and citizens.

Global hunger is on the increase, for the first time in over a decade. According to the annual United Nations report on world food security and nutrition, this increase is primarily due to climate-related shocks and the growth in the number of violent conflicts. The report also points to concern at the number of overweight children and obese adults, with changes in dietary habits and economic slowdowns cited as some of the drivers of these trends. The authors of the report state that the world will not “end hunger and all forms of malnutrition by 2030 unless we address all the factors that undermine food security and nutrition. Securing peaceful and inclusive societies is a necessary condition to that end.”

We need a paradigm shift – slightly revised capitalism or moderated socialism are not going to suffice.

The impact of climate change has thus far been most keenly felt by the citizens in the developing world. However, last year’s intense and destructive hurricanes, which tore through the Caribbean and then hit the southern United States, suggest that even the wealthiest country on the planet is not immune to the consequences of a changing climate.

It should be clear that we cannot continue to look at the challenges facing the world in isolation. It may be comforting to do so, as focusing on a single issue can provide for greater clarity and easier communication. But this approach has the danger of simply storing up trouble for future generations.

Our focus on measuring global success through GDP growth has trapped us in a linear view of society – focused on extracting, consuming and emitting resources from energy to water, materials and food. We need to become much smarter, more resource-efficient and change from a linear approach to a circular society, in which long-term quality of life becomes the most important metric. This would ensure that while economic competitiveness remains important, our society would have at its core the health and well-being of all our citizens.

By adding a focus on social equity and inclusiveness, we can enter an age where the socio-economic model becomes about Sustainalism, building on the foundations laid by capitalism and socialism, but taking the broader view which the challenges of today and tomorrow demand of us.

No one is unaware of the need for our products and processes to become more energy efficient and yet, often due to a focus on the short term, there remains a reluctance to make the transitions required.

To arrive at a carbon-neutral world by 2050, we need to drive overall energy efficiency improvements of at least 3 per cent per year. “We” – industry, transport, public infrastructure, homes – must at least double the rate of energy efficiency improvement, primarily by accelerating infrastructure renovation to around 3 per cent per year. In parallel with this we also need to be moving to clean energy sources at a rate that also equates to 3 per cent of our energy mix per year.

Critically, the current rate of energy efficiency improvement hovers at around 1.5 per cent per year. At the same time, demand for energy continues to rise at about 3 per cent per year driven by population growth, increased prosperity and mobility. Simply doubling the rate of energy efficiency improvement would reduce global energy costs by more than $2 trillion by 2030, slash the average household energy bill by a third, and create more than six million jobs by the end of this decade.

Simply adopting LED in place of incandescent lighting would reduce energy consumption by a massive 53 per cent and carbon dioxide emissions by 1,400 megatonnes.

There are two main elements required to double the rate of energy efficiency improvement. The first is accelerating the renovation of existing infrastructure in developed countries. Secondly, there needs to be a focus on helping developing countries leapfrog to clean technologies such as solar-LED and combine these with new business models. It is a sad fact that many of the countries which have suffered the most from climate change have been least responsible for creating it. It is vital that developing countries do not follow the same destructive phases that the richer nations of the world have been through.

When speaking about energy we often talk about individual technologies and their potential in their respective silos. In reality we must pursue them all. Energy efficiency, renewable energy and carbon engineering are all needed. Only by enacting all of them in unison will we be able to achieve the ultimate goal of carbon neutrality in the coming 40 to 50 years. The International Energy Agency projects that energy efficiency needs to do over half of this job. One could say that by combining energy efficiency and renewable energy we can decarbonize society twice as fast and twice as cost-effectively.

The fact is that many of the technologies we need already exists, all that’s required is to take a longer-term view, and use it.

LED lighting is a perfect example. LED street lighting uses at least 40 per cent less energy than conventional lighting and has been around for years, and yet we still cling to outdated and inefficient technology. Globally, lighting accounts for about 15 per cent of all electricity consumption. We project this will decline to 8 per cent in 2030 while over the same period the global tally of light points will have increased by 50 per cent to 70 billion. Simply adopting LED in place of incandescent lighting would reduce energy consumption by a massive 53 per cent and carbon dioxide emissions by 1,400 megatonnes.

Moreover, innovation brings benefits beyond energy efficiency. Looking at lighting specifically, around one in seven of the world’s population (some 1.1 billion people) are trapped in light poverty because – cut off from the grid – they have no access to electric light. As a result, they are forced to use alternatives such as kerosene lamps and candles to light their homes – which claim an estimated 1.5 million lives every year through respiratory illnesses and fires.

But off-grid solar LED lighting solutions can help to end this injustice, at a fraction of the long-term cost of kerosene or typical infrastructure, while stimulating social and economic development as communities are brought out of the dark.

However, in all these cases what can hold the development back is the initial upfront cost. The cheapest individual lightbulb to buy remains the incandescent bulb – yet viewed over any length of time, it becomes the most expensive.

It is also extremely limited technology. In contrast, LEDs can now be embedded with sensors and intelligence so they can be connected wirelessly and managed remotely via the internet. This connected lighting for smart buildings and smart cities can further boost the initial energy savings by up to 80 per cent.

The benefits of this connected technology can be measured in much greater terms than simple energy savings. Businesses can enable employees to personalize their lighting and temperature at their workspaces via a smartphone app, with associated improvements in both productivity and employee well-being. In addition, building managers can receive real-time data on how the office is being used, how much space is required, and how to optimize the space they have.

The benefits of connected lighting can be seen on a city-wide scale. For instance, the City of Los Angeles has converted 140,000 street lights to LED and has 110,000 nodes connected and managed through a Philips Lighting CityTouch connected street lighting management system. Not only does this allow the city to remotely manage and monitor the lighting, acoustic sensors can be used to detect vehicle collisions and thus reduce the emergency response time. Other benefits include a 21 per cent reduction crime in areas where the improved lighting was introduced and a 30 per cent reduction in night-time traffic accidents.

We need to become much smarter, more resource-efficient and change from a linear approach to a circular society, in which long-term quality of life becomes the most important metric.

Buenos Aires is another city that has retrofitted its street lighting system with connected LED lighting, creating a safer, more welcoming environment to improve the quality of life of its residents, while also saving 50 per cent in operating costs.

Better lighting can also have a significant impact in schools. In a year-long trial in a French primary school, a new system that allows the teacher to optimize the classroom ambience found that reading speed increased by 35 per cent, while frequency of errors dropped by nearly 45 per cent and hyperactive behaviour by 76 per cent. All of these factors can provide a major boost to children’s enjoyment of their school day and their ability to learn.

The key in encouraging the adoption of this type of technology is delivering the message that it does not require a sacrifice, or that we are looking at experimental concepts, but that the technology is already available and simply needs accelerating. This must take place through replicating best practice, putting the right policies in place, and communicating effectively.

We need to convince society’s “eco-majority” – those who are aware of the need to act, are willing to do so, but are uncertain about the steps to take. Creating momentum with this group will help embed Sustainalism as the new mainstream economic model.

We need a paradigm shift – slightly revised capitalism or moderated socialism are not going to suffice. We need Sustainalism, a new, inclusive and more equitable socio-economic model of a twenty-first century that can meet the needs of the 10 billion people who in just a few decades from now will  share the single planet that we call home.

To view the original article on UNEP’s website which was repurposed from CCTNE’s COP23 Edition, please click here.

Find out how UN Environment promotes resource efficiency around the world. 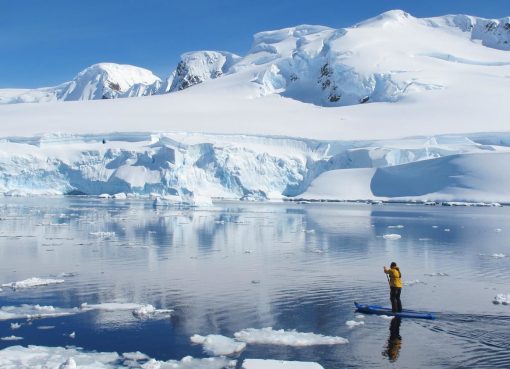 Melting Arctic sends a message: Climate change is here in a big way