We promote independent and informed discussion on issues related to climate change, especially the implementation of innovation technology, through high quality publications aimed at political business leaders and opinion formers. Our flagship publication is CLIMATE CHANGE – The New Economy (CCTNE). With its unique distribution, the objective is to reach the widest possible audience in order to present a clear and accessible argument from established leaders in their fields to help prevent catastrophic climate change.

Previously to World News – CLIMATE CHANGE – The New Economy, Gary was the Managing Editor at Sovereign Publications, an acquired publishing

house by Ten Alps PLC. He joined Sovereign in July 2007 from a specialist media agency as the commercial Director of Government Projects to work on government titles starting with Climate Change ‘addressing the challenge’, which he created. An industry led annual publication which was heralded a great success working with the G8 world leaders, Climate Change “addressing the challenge” was distributed in July 2008 in Japan, under Yasuo Fukuda’s presidency, and the 2009 edition was distributed in Italy under the Presidency of Silvio Berlusconi. Following the success of these titles Gary produced a dedicated book for the UNFCCC conference of parties event in Copenhagen, Denmark (COP 15 2009) and subsequently COP 16 in Mexico 2010, G8 in France 2011, COP 17 in South Africa 2011, G8 in the USA 2012, Rio+20 2012 in Brazil, COP 18 in Doha 2012, G8 in Northern Ireland 2013, COP 19 in Poland 2013, G7 in Brussels 2014, and all G7 and Conference of Parties meetings since.

Gary is a Psychology graduate from the University of Leicester. He has had over 21 years of experience across combined publishing, conferencing and the media industries. He has worked on, produced and created several Government publications and topical leading working titles including Britain in Europe 1 and 2 – Celebrating Tony Blair’s presidency of the EU in 1997, the coveted Ireland 2000, European Businessman, European CEO, Climate Change ‘addressing the challenge’ and the now the more forward thinking CLIMATE CHANGE – The New Economy. Gary began his career as a white collar senior civil servant working in County Hall, The former ILEA (Inner London Education Authority). He is also on the judging panel for the International Green Awards www.greenawards.com.

Robin Gauldie graduated from Edinburgh University with an MA degree in

Politics and Modern History before progressing to a career in journalism, specialising in aviation, the hotel industry, renewable energy and environmental matters, and the medical insurance sector.

His work has appeared in national and international newspapers and magazines and specialist business and consumer publications including Financial World, The Times, The Scotsman, Business Traveller and International Travel & Health Insurance Journal. He has edited a range of specialist business analysis titles including Climate Change – Addressing the Challenge, Ireland 2000 and Destination ASEAN. Widely travelled, he has lived and worked in France, Spain and Greece and now lives in Edinburgh.

Georgina is an English Literature graduate from the University of Kent in the UK. S

he has also studied a post-graduate diploma in Journalism and was awarded with distinction by the National Council for the Training of Journalists (NCTJ). Throughout her career Georgina has gained experience in newspaper journalism, writing for print, web and social media, editing, public relations and marketing. She has worked for several leading newspapers providing full coverage of regional social and political landscapes; she has also provided content for the NHS as well as many leading NGO’s within the legal and travel industries. In her spare time Georgina works as a publicity officer for Save the Children.

Before joining Climate Change The new Economy (CCTNE) Jake spent 15 years working in International Equity Invest
ments with firms such as Caxton International, Société Générale, and Mirabaud Securities. Jake graduated Magna Cum Laude from Union College (USA) in 2004 with degrees in Economics and Spanish. Having studied rainforest biodiversity in Costa Rica’s Corcovado National Park, Jake is keenly focussed on the environment, sustainability and generally all matters related to climate change and doing his best in delivering a better future for our planet. Jake chose to leave finance to devote his energy full time to the cause. He brings with him a wealth of knowledge of the Corporate Investment landscape as well as wide network of relationships from multiple industries.

As an avid outdoorsman, Climate Change is quite personal for Jake and he is keen to make a difference by helping to action the fight against the global catastrophes we all are facing.

For over 30 years, Diana has built a reputation in communications, conferencing and social media.  She has utilised 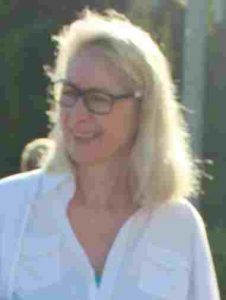 these skills while living and working in several countries. Her country of origin is Germany, where she currently lives and works.

Diana is a highly experienced and educated professional and communicates at all international levels. Her main
focus is on promoting human values. (Climate change). She believes that every person has the responsibility to improve something by sharing their knowledge. That every person can do something no matter how small for our earth and climate, no matter the age group .

Diana is very interested in non-profit organisations that work closely with and on climate change matters and regularly volunteers to generate income for these causes.

Tim Dawson is a journalist and writes about politics, environment, education and culture as well as his favourite hobby: cycling. He also creates multi-media content for a range of clients. He wrote for The Sunday Times for 20 years and worked as a section editor on that paper. He has written opinion columns for publications as diverse as Prospect, The Times Education Supplement, The Guardian and Amateur Photographer. A former president of the National Union of Journalists, he also has significant experience of industrial negotiation, influencing policy, and organisational representation.

Qualified accountant with over 40 years experience in industry, commerce and private practice. Norman now concentrates on business development and training.