Following the successful conclusion of the UN Climate Change Conference (COP24) in Poland last December, which resulted in the adoption of the Paris Agreement Work Programme, the international community finally has operational guidelines to translate their climate pledges under the Paris Agreement into concrete action. This provides an important step for delivering action at the transformational scale necessary to limit the global average temperature rise to as close as possible to 1.5 degrees Celsius – the central goal of the Paris Agreement.

2019 has clearly emerged as a critical year – perhaps an inflection point – as climate change has become the “biggest threat to the global economy”, as the UN Secretary-General António Guterres has said, and ambitious action is urgently required on all fronts. Central in this mobilization effort is the UN Secretary-General’s 2019 Climate Summit in September, which aims to boost ambition and accelerate action.

A series of Regional Climate Weeks will kick-start converstations for the Summit in Africa, Latin America and Asia Pacific. Two days of the Regional Climate Weeks will be dedicated to technical dialogues on the implementation of the climate commitments or “Nationally Determined Contributions (NDCs). These technical NDC dialogues, running since 2014, have been organized by the UN Development Programme (UNDP) and UN Climate Change (UNFCCC) Secretariat to help countries plan and implement their climate committments.

The last round of technical NDC dialogues held in 2017-2018 focused on the energy sector and allowed participants to exchange national experiences on NDC implementation, including linkages to the Sustainable Development Goals (SDGs); opportunities and barriers for climate actions; climate finance and private sector engagement; gender-responsive approaches, scaling up ambition, and long-term strategies.

Given that climate action is a complex issue, it requires a whole-of-country approach.  This entails coordination among government entities on all levels and the engagement of key stakeholders ranging from women, indigenous populations and civil society organizations to financial institutions and the private sector.  The dialogues that have taken place to date have shown that there is a strong need to build capacities within and across ministries and local ownership and accountability is essential for the sustainability of climate projects.

Access to finance remains one of the most important barriers to climate action. Going forward, financial instruments and innovative financing mechanisms must be leveraged to mobilize adequate climate finance.  An enabling environment for private sector engagement and public-private collaborations must also be further enhanced to ensure the required pace and scale of climate action is fulfilled in these critical years ahead.

With 130 developing countries and over 803 participants from government ministries, the private sector, multilateral organisations and other institutions having participated in this round of dialogues alone, it is clear that the technical NDC dialogues have until now provided an important, neutral and inclusive platform for key stakeholders to discuss technical issues on putting their climate commitments into action.

The next technical NDC dialogue series, which will now be integrated for the first time with the larger Regional Climate Weeks, will run from 2019-2020. Discussions will focus on the preparation of second-round NDCs with increased coverage, clarity and ambition; capacity strengthening for tracking NDC implementation progress; and peer-to-peer knowledge exchange, building on lessons learned from implementing initial NDCs and drawing on the outcomes of the Talanoa Dialogue and COP24.

Looking beyond the second generation NDCs, the dialogues will further support countries to look to 2050 and beyond and encourage the formulation of long-term climate strategies, which countries are invited to submit to the UNFCCC by 2020. Long-term climate strategies define trajectories for low-carbon, climate-resilient, and sustainable development, and thus chart a clear direction on ambitious climate action for policy and decision makers, investors and the business community.

See here for information about the upcoming Climate Week Africa, where the next NDC dialogue will be held, and about further Climate Weeks in 2019. 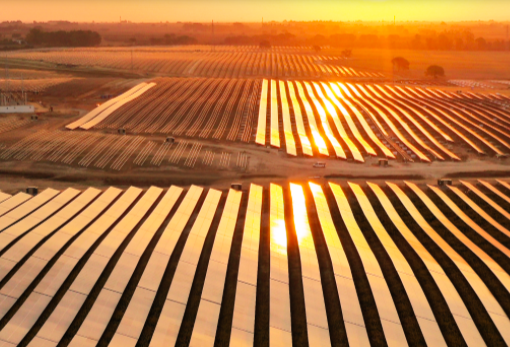